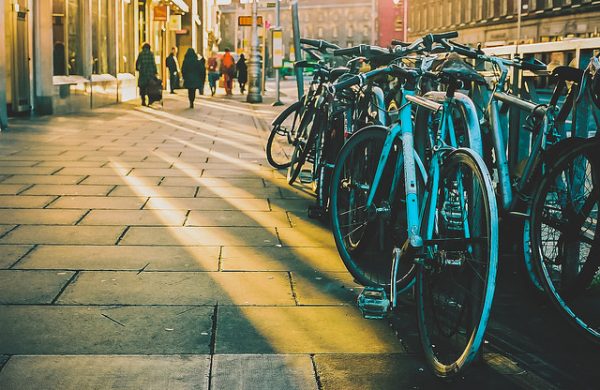 The answer to all my problems came to me during a 3 a.m. feeding: we would become travel hackers.

Sure — I told my wife — we just had two daughters fourteen months apart, neither of us is really sleeping, and our daughters’ daycare may as well charge all our money plus $1. But listen: travel hacking.

We didn’t have to be these cliché new parents, tired and penny-pinching. If we got the right credit cards, funneled our now-outrageous expenses through them, and kept track of everything on a spreadsheet, pretty soon we’d be on a plane to Tokyo (inexplicably routed through Dubai), sleeping a pre-child sleep in one of those seats that fully reclines into a bed. That’s what the travel hackers taught me.

For the uninitiated, travel hacking is a method of using rewards credit cards to build up flight and hotel points. A whole cabal of travel hacking gurus have cropped up to teach people the secrets of this method. They circle the globe in first class and stay in five-star hotels for pennies — and with the information on their website, you can too. Meanwhile, these gurus receive bonuses from the credit card companies for each new customer they refer. Everybody wins.

There was just one problem. Even though I’m an engineer by trade (and am rarely happier than when tabbing through a spreadsheet), the complexity of all the points, what they’re worth, which ones could be exchanged for others, the exchange rates — it all made my eyes water. The gurus made it sound easy, but none of it made any sense to me.

Among this complexity stood a single exception, a magical glittering unicorn of the travel-hacking world: Boston to Dublin on British Airways. British Airways has one of the easiest points systems to learn, as it values points based entirely on flight distance. For a while, their Boston to Dublin flight was just within their shortest zone, so a British Airways card with a 50,000 point sign-up bonus got you two direct flights, free and clear. (British Airways has since added seven miles to the distance between Boston and Dublin, bumping the flight outside of their shortest zone and killing the unicorn.)

So we dove in. We signed up for the British Airways card and funneled $3,000 in spending through it. I already had some Hilton points from work travel, so we found a Hilton rewards card to supplement it. When all was said and done, we had two flights to Dublin and seven nights at a Hilton in the Portobello neighborhood — plus grandparent-based childcare for our daughters. Cost: $220 in taxes and fees.

We had a great week in Dublin, exploring old churches and neighborhoods on rented bikes and traveling to Galway on a train that whisked soundlessly past rolling green fields stitched with stone walls. Since the trip itself was so cheap, we allowed our spending to loosen up, visiting fancier restaurants and bringing home little Irish wool sweaters for the kids. We deserved it; after all, we were travel hackers now, and everything would be free forever. Records are spotty, but I’d estimate that we spent about $1,200 on food, sightseeing and gifts.

After a week we came home and went back to the life of diapers, bottle warmers, swaddling, and shushing. I didn’t plan on travel hacking again any time soon, knowing that our vacation days — and the good will of the grandparents — would take some time to refill. But I did look up flights to Dublin, just for fun, and saw that they hovered from $350-$400 at off-peak times. Much less than I’d assumed, putting our travel hacking savings in the low hundreds rather than thousands. Still, not bad. I put the British Airways and Hilton credit cards in the back part of my wallet and forgot about them.

A year later, I got two bills in the mail: annual card fees. Damn! I’d failed the first rule of travel hacking: always cancel the cards before the fees kick in. Cost: $200. I got on the phone to cancel the cards, but the customer service reps were relentless and persuasive. The travel hacking gurus told me to be strong, but I was tired and wrung out, so I gave in. They dropped the annual fee, downgraded the perks, and I kept the cards — which are currently in my wallet, sitting like unexploded ordnance.

Over time, my perspective on the trip changed. I did get to see Ireland, which was as incredible as I’d imagined. But if we had taken a more local vacation, even without travel hacking, we would have spent much less. Boston to Dublin was the easiest trip to plan in the travel hacking world, the glittery unicorn, and I’d only been moderately successful at it. How would I ever become the guy in the reclining bed-seat, putting on my sleeping mask as the Dubai skyline recedes into the distance?

The truth is these points cards bestow a real benefit, but it’s at the expense of added complexity — and complexity itself always carries a cost, if not in hard currency than in time and life force. If I didn’t have the time to do travel hacking right, I’d have to pay the price.

I also realized that, for me, the urge to travel hack came as a reaction to being thrust into parenthood and suddenly losing my autonomy, and at the same time feeling anxious about all the new expenses coming my way. Travel hacking scratched both itches: freedom without cost. The traveling life I imagined was an escapist fantasy, one the gurus were all too happy to indulge.

But there comes a time in life when we have to stretch a measuring tape across the gap between who we want to be and who we actually are, mark the distance, and move on.

I am a parent of two amazing daughters. Life can be complicated, but it is endlessly rewarding. I make enough money to save for modest but fun vacations. If we want to take a big trip to Europe, we’ll start slowly setting money aside. I cannot keep up with ten credit cards, and I don’t have nearly enough free time to navigate the reward points economy. My free time is better spent on making sure that my real life, at home with my wife and daughters, is a happy one.

I am not a travel hacker. And I’m okay with that.

1. We Did Good, Billfold
2. Question Wednesday
3. What I Learned From Five Years of Writing and Editing for The Billfold
4. How a Program Assistant Dealing With a New Paycheck System Does Money
5. Classic Billfold: What I Wanted From My Move to Portland and What I Got
experience serieslife-lessonsparentingtraveltravel hacking