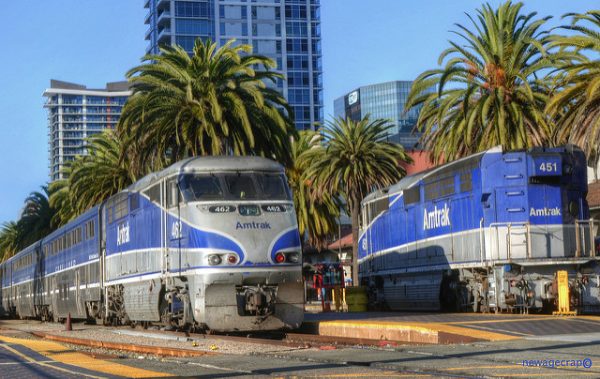 Vanessa (not her real name) is a 34-year-old law firm administrator in Southern California.

So, Vanessa, how much are you making?

I make $95,000 per year, and it’s on a salary/exempt basis so no overtime. I might get a bonus at the end of the year, but that’s the only variance.

How large of a bonus?

It really depends on how the firm has done over the course of the year. The largest bonus I received was $5,000 and the smallest has been nothing or $1,500.

How does your income compare to your expenses? Where is your money going?

I feel very comfortable, which feels like an uncomfortable thing to say.

I live on my own in a one-bedroom apartment. Rent is my biggest monthly expense at $1,560 and given that I live in a metro area with extremely high rents, mine is very below market AND includes utilities.

My next largest expense is my gym membership at $175 per month (because CrossFit is expensive but so rewarding), then car insurance $130 per month, therapy $120 per month, and charity/donations at about $130 per month.

My job pays for my insurance and reimburses a portion of my cell phone expenses.

What about your savings/retirement goals?

Well, here’s where things get complicated. I’m in the process of changing careers. I’m trying to save a lot now while I have the certainty of two paychecks a month so I can float myself through some expected uncertainty after January.

I contribute to the job’s 401(k), about 6 percent of my paycheck, which means I get the 4 percent that the firm matches. I contribute about $1,200 per year to my own Roth IRA.

I also planned some vacations/expenses this year as I was considering making a big career change, so I’m trying to save money in a separate savings account for “fun” versus “future” if that makes sense.

That all makes sense!

So tell us a bit more about this career change. What’s prompting the change, and what uncertainty are you anticipating?

The truth is, I had a colleague pass away unexpectedly last year and it really affected me. I started thinking about what I really wanted to do and how I really wanted to spend my time. I think prior to that I was sort of going along, thinking I was saving up to maybe buy a house or invest in some opportunity that would really lock me into a place.

I ended up taking my first substantial (two weeks!) vacation this year and it gave me the space to figure out what I really wanted to do was travel. Continuing to work a 9-5 with a commute, etc. was just not realistic or rewarding, despite the kind of career success and financial reward I have received.

So, in terms of uncertainty I’m expecting — literally everything. Everything that I’ve been used to, regular salary, same insurance (that I don’t pay premiums for), reimbursements for expenses, all of that will go away. I may end up moving out of Southern California altogether just because the cost of living is so high.

Team Move to a Lower Cost of Living Area! I hope it doesn’t end up driving up costs as more people make that transition.

Ha! Seriously. It’s real though — rents keep increasing, commutes get worse. The amenities of the city though…

But I’m still curious: so you’re planning to take some time to travel and then start another career? Or develop a career that can be done remotely? Or freelance? Or…?

What I’m really interested in doing is leading tours for other people around the world. Work and travel together. I’m trying to build time to sort that out into my savings plan. It’s hard to have the emotional/logical energy to strategize for that when I’m in the 9-5 routine.

For sure. Do you think of yourself as a strategist in terms of your money?

I absolutely do. And it comes from a place of fear and fear of risk. But, I don’t budget…? I set my savings up for automatic deduction and then I tend to intuitively spend. I am pretty diligent about checking my bank and credit card balances.

It probably helps that your income exceeds your expenses?

Oh for sure. When I was making less, I paid attention to every dollar I spent. When I was raised up to $70,000, that’s probably when I stopped focusing so intently on that and was okay to get almond milk in the latte if I wanted to. Or buy the fancy crackers at Trader Joe’s.

Maybe so. That’s an interesting point. Do you think it takes into account lifestyle creep? Because I think if I stayed in my current job/salary situation my expectations for travel might be different over time versus travel for travel’s sake?

I’m definitely glad to be at the food level now. It’s a daily freedom.

Yeah, I think it really only takes into account a certain type of lifestyle. The levels/goals might change if you had kids, for example. But the food level is a great level to hang out in.

How else has your attitude towards money changed as you started earning more of it?

I think I value time differently now. When I was making less I would never consider paying someone else to clean my apartment. I will absolutely pay for that service now, maybe once every three months or so, because I don’t want to spend the time doing it.

I also give more money away/donate more now. I like to be able to do that. And treating friends, that’s the best.

It’s like that study from last year: to increase happiness, pay other people to do your time-consuming tasks. And give more. (That wasn’t in the study, but it’s been in a few other studies since, like, the beginning of recorded history.)

YES. It’s real. And I don’t know when it actually flipped for me, but there are some things I would much rather pay someone else to do than save the money and do it myself. The giving really ramped up after the 2016 election, I’ll be honest.

Will you have to change those types of habits when you change your career?

I’m sure I’ll have to change some things. I’ve started a number of hypothetical life budget spreadsheets as a way to calm myself about the impending uncertainty. (So I don’t budget but I “plan budget”?) I want to continue to donate on a regular basis, even if it’s reduced. I want to continue saving and contributing to my Roth IRA, even if it’s reduced. I think the habit is important to sustain, for me at least.

I will probably end up doing much of the time-consuming things I can pay for now, but I think that’s okay because my time/money value will have changed again.

I’d love to do a follow-up after your career transition! Until then, last question: what advice do you have for Billfold readers?

I feel like I’m reiterating what so many other Doing Money people have said, but it’s been so helpful to be transparent with friends (and family) about money.

I’m probably at varying levels of transparency with friends about money, but it’s such a relief when I can comfortably say to a friend that I don’t want to do something because I don’t want to spend the money on it. It’s also so great to be able to discuss what you’re making and help other people advocate for themselves.

I actually had that conversation with my mom a few years ago, where I was in the position to advise her how to go after a raise. The more you know.

1. We Did Good, Billfold
2. Question Wednesday
3. What I Learned From Five Years of Writing and Editing for The Billfold
4. How a Program Assistant Dealing With a New Paycheck System Does Money
5. Classic Billfold: What I Wanted From My Move to Portland and What I Got
doing money interviews