My First Stock and How It Grew 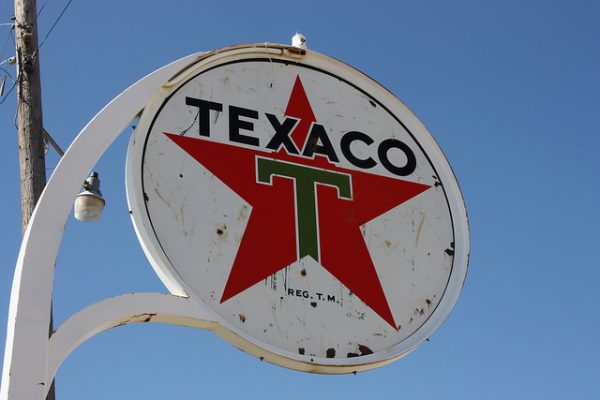 Whether you’re looking at the stock market’s climb with joy (“yay, I’m in”), fear (“it’s going to crash!”), or indifference, it’s important to remember that, over the long term, stocks have appreciated more than any other investment. As an illustration of long-term appreciation, I’d like to share the story of the first stock I ever bought. When I say stock, I mean exactly that: a single share.

I bought my first stock several decades ago, while working as an editor for an investment firm. (One that capsized during the 2008–2009 financial crisis, btw.) One of our benefits was the ability to buy whatever quantity of stock we wanted, without trading fees.

I’d ended up at an investment firm somewhat by accident, seeking relief from low book publishing salaries. I had very mixed feelings about working in the finance industry, though. Publishing = funky, bookish, and thus acceptable. Finance = suits and ties. All the time. The only thing that made it acceptable was the paycheck.

To me, the financial world felt big and scary. But I was fascinated by stocks, in part because I had a mother who found the stock market enthralling.

My mother had grown up very poor, but at some point had run across a biography of the nineteenth-century financier Hettie Green. The fact that Green was a woman, successful on Wall Street, and frugal to boot somehow convinced my mother, way before feminism hit, that stock trading was something cool for a woman to do. (Green’s extreme frugality actually caused her to be dubbed “The Witch of Wall Street,” but somehow my mother missed that part.)

Once my mother retired, she invested as much as she could in blue chips, and spent part of her day happily watching their progress, since she happened to retire in the middle of a bull market. It’s not too much to say that my mother loved her AT&T and MMM, and saw it as a story of progress from her Depression-era youth.

Watching my mother invest made me want to give the stock market a whirl myself. Plus, I spent all day editing investment reports — which meant I read a lot of investment recommendations.

Investment reports are often very different from mass media stories — which, as a bookish nerd attracted to narrative, I found very intriguing. It was the disjunction between them that helped me pinpoint my first stock.

The Texaco oil company (which has since been purchased by Chevron) was involved in litigation with another company in the mid-1980s. Texaco lost, and its stock price dropped like a lead balloon.

Why? Oil. Texaco had it. And Texaco would continue to have oil, which is worth a lot. It was my introduction to the concept of “buying opportunity,” which basically means, if a drop is too large in comparison to existing assets and opportunities, the stock can become a bargain.

It was also, more importantly, an introduction to the idea that ill winds needn’t be permanent.

My publishing career had been a bit of an ill wind, especially because of its rock-bottom wages. Now I was in a better-paying job, and even if I had been ambivalent about entering the financial industry, I was constantly learning something new. I already had experience with the idea of infusing informed optimism into my life, and I wanted to do it again! It seemed a much better way to approach the world than “woe is me.”

But it wasn’t only optimism that made me choose Texaco. It was a personal connection to the logo.

My sister and I had played a game of counting gas station logos on car trips when I was a kid, When I was young, you could still see abandoned Mobilgas signs with the Pegasus logo in Oregon, the state where I grew up. Our interest in gas station logos started with that mythical flying horse, but my favorite logo was always Texaco’s star.

Texaco actually did go bankrupt shortly after. But it had oil, remember? So the company morphed into Chevron, which immediately saw the benefits of all that oil, and so did my stock.

But the single share of stock, which I bought at $30, has grown and grown.

So when people, including me, get nervous about the direction of the stock market? I take a deep breath and remember my first stock.

1. We Did Good, Billfold
2. Question Wednesday
3. What I Learned From Five Years of Writing and Editing for The Billfold
4. How a Program Assistant Dealing With a New Paycheck System Does Money
5. Classic Billfold: What I Wanted From My Move to Portland and What I Got
investinglife-lessonsstock-market