The Billfold
Don't Forget Your Towel 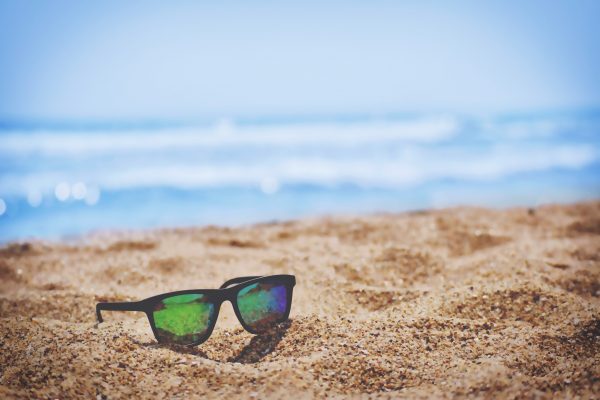 Please accept all costs as approximate. This was in the ’90s and I was too young to keep accurate records. The whole thing was pretty close to free. This story is about my high school bestie and myself.

The first thing was knowing where the nude beach was. It was close(ish) to the beach we frequented. Back in 1999(ish) the internet existed, but the world wasn’t as well-catalogued. Or we didn’t think to look? But we knew where to go, everyone did. Not everyone bothered.

The second thing was being young and able-bodied enough to get yourself to the right spot. You were allowed to be nude because it was too much of a pain for cops or lifeguards to regularly patrol that part of the beach, which added to the allure.

The third thing was the desire to go topless in a semi-public space. Not every teenager is comfortable enough with their body to be interested, but my best friend and I had spent years on aquatic sports teams. She was a swimmer and I played water polo. Our high school didn’t have its own pool, so practice was after a swim workout that skewed to the gray-haired crowd. We had seen our share of naked women in locker rooms and they inspired me to be a lot more comfortable with my body.

The most important thing that made it possible for us to visit the beach was two pairs of dark sunglasses. If you want to people-watch without shame, you need a big pair of glasses that make it hard to see where you’re looking. Watching things that are none of my business has always been one of my favorite pastimes, so you could say I had been ready for something like this my entire life.

Most days we’d hit up Board and Brew and split a turkado. Any sandwich worth eating has avocado on it, and I’ve believed that for a long time. (I also own a home. Come at me, financial writers.) Turkados are $10 now; maybe they were $7 at the time. We did have to drive about 10 minutes from our houses to get to the beach, but this was when you could drive my friend’s Corolla to LA and back on $5 worth of gas, so we’ll call the gas cost 50 cents? Round it up to a dollar out of laziness? We were cheap enough that we knew where all the free parking was and walked the extra couple of blocks to use it. We also had gym shorts, T-shirts old enough to get sandy and not care, flip-flops, towels, bikinis, and (of course) sunglasses. The entire outfit clocked in at around $100 bucks, probably less. Plus we wore these clothes over and over again.

This particular day we had already run through the normal routine. Walk/hike in. Lay out the towel. Take a quick nap. Get up, take a dip in the ocean. Do the sting ray shuffle for safety. Go back to the towels. Split the turkado. Start reading. I think I dozed off, which is always easy to do in the sun. I woke up due to being poked violently in the ribs. “Dude, don’t move your head, but look to your right!”

Two fully-naked men were both holding the same towel and yelling heatedly at each other. Then they started yanking the towel back and forth like they were toddlers fighting over the same toy. We held an intense, whispered conversation.

Me: Dude. Holy fucking shit. This is easily the greatest thing I’ve ever seen.

Her: Dude. I know. I want to look directly at this but I don’t want to be obvious.

Me: How did this start?

Her: One dude moved the other dude’s towel. That dude sprinted up and grabbed it.

Her: Right? Dude. Never been happier to own sunglasses.

Still naked, still yelling, one of them connected a sloppy haymaker to the other one’s face. The puncher took the towel and headed in one direction down the sand. The punched man went the other way. No one seemed to stop to collect their clothes or other belongings, but we were still committed to pretending we weren’t really watching so it’s unclear.

garli does not recommend you swim in un-lifeguarded waters, even if you’re a high school water polo player who thinks she can handle anything. She still does it fairly regularly.

1. We Did Good, Billfold
2. Question Wednesday
3. What I Learned From Five Years of Writing and Editing for The Billfold
4. How a Program Assistant Dealing With a New Paycheck System Does Money
5. Classic Billfold: What I Wanted From My Move to Portland and What I Got
clothingclothing seriesnude beaches