The Cost of Clear Skin 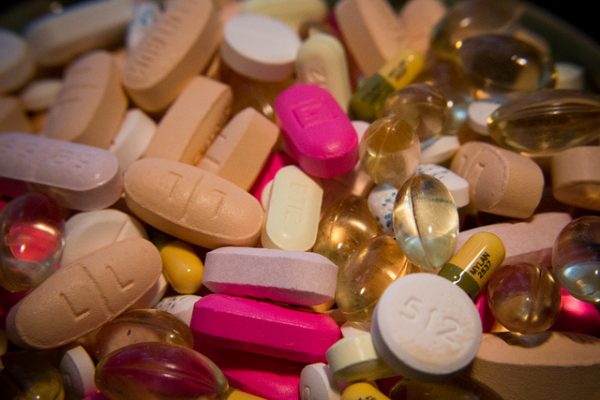 One of the biggest lies I was told as a teenager was that my acne would clear up once I became an adult. For plenty of people, this is reasonably true (plus or minus the occasional pimple). But my inflammatory and cystic acne stuck around well after I could rent a car without a co-signer.

Every day required constant monitoring of my face and body for redness, bumps, and pus pockets. I was taking pills, slathering creams, and trying to never touch my face. I quietly seethed at women who announced that they had stopped wearing makeup, my head swirling with a dark inner refrain of “Must be nice, having the type of skin that lets you make that choice.” The mental effort and physical time I spent worrying over and trying to manage my acne was exhausting and felt obligatory. I was never going to be the body-positive hero who just accepted it and moved on.

I’m not sure what broke the dam, but one day I woke with the conviction that I was ready. I wanted the scary drugs. I wanted Accutane. I wanted to be done with this.

One of the factors that motivated my decision was the fact that I had pretty good insurance through my employer. Accutane, which is the commonly used brand name for isotretinoin, can only be prescribed by a dermatologist — and my insurance required I get a referral for any specialist from my primary care doctor.

My doctor gave me a quick look over (and a painful prodding) before writing a referral to see the dermatologist. I told her I was excited, since I had only ever had acne treatment through primary care doctors before and would now be able to take isotretinoin. She gave me a bit of advice.

“Make sure your insurance covers the pills. Not all of them do, and it can be expensive out of pocket.”

I hadn’t considered this. After an online search of my health insurance’s website failed to turn up anything, I called them to confirm they would cover isotretinoin. The customer rep pulled up a list and told me they did not.

“Are you sure? Could it be under another name, a generic version?” Nope. Neither Accutane nor isotretinoin were listed as covered under my plan, the rep told me.

I was crushed. I knew the drugs could be expensive out-of-pocket, and a quick search online showed me they were: around $450 for a 30-day supply. (GoodRx now lists them with coupons for about $200 a pop, though the cash value is still about $450.) Typical isotretinoin treatments take around nine months.

The idea of spending over $4,000 on an elective treatment seemed impossible at the time. I was so dispirited that I didn’t schedule an appointment with the dermatologist for months. I finally told myself to just go, so I could know for sure that it couldn’t happen.

I wish I had gone sooner. The dermatologist I met agreed, with my age, type of acne, and history of other treatment attempts, I was a good candidate for isotretinoin. When I explained that I was worried about being able to pay for it, since my insurance did not cover the drug, my dermatologist was sympathetic. She started telling me about other treatment options we could try, with drugs my primary care doctors had never mentioned. She also told me that she had other patients with my insurance who had isotretinoin covered, but that even if I was turned down, she would fight with my insurers on my behalf. I was so happy and relieved, I felt like I was going to cry.

The dermatologist ran tests to confirm my eligibility for isotretinoin and gave me prescriptions for other drugs to try in the meantime, in case the insurance did not come through. As I found out a bit later, the customer representative from my insurance had given me bad information: isotretinoin was covered. When my tests confirmed my eligibility, I got to start the process that would hopefully take acne out of my life.

Isotretinoin is seen as “the big guns” of acne treatment for a couple reasons. On the one hand, it pretty much always works, no matter what you’ve tried before. On the other hand, it comes with a lot of potentially scary side effects. The litany of side effects means that you have to be closely monitored throughout the process, which means monthly dermatologist visits.

For people who can get pregnant, tracking is particularly strict. If you get pregnant while on isotretinoin, it can cause severe birth defects. Not only did I have to take multiple pregnancy tests to prove I could stay not-pregnant for two months before starting treatment, but I also had to take a quiz through a system called iPledge. Each visit, I answered questions about proper uses of birth control and other treatment procedures, and once again promised not to get pregnant while on the drug.

Every visit to the dermatologist came with a $40 co-pay. The pregnancy tests and every-other-visit blood tests were not included in this, and I was charged separately. Thankfully, one of the best parts of my insurance plan was the $250 yearly deductible. I hit it within two visits. My prescription co-pay for a tier 3 drug like isotretinoin was only $30 a pop.

My dermatologist’s office was also on the other side of the metro area from both my home and my job, a half-hour drive in no traffic that could easily stretch to an hour. I spent a bunch of gas money going back and forth, but thankfully my job provided ample sick leave and wasn’t fussy about me taking a few hours off each month.

Isotretinoin can have all kinds of side-effects, but the biggest one for me was dryness. I honestly do not think I understood what it meant to have dry skin before this. After frantically searching for my single tube of lip balm one too many times, I bought several and just stashed them everywhere. A big bottle of “gentle” unscented lotion kept the rest of me relatively moisturized, but later into the treatment I started breaking out in a rash. I was prescribed a low-dose steroid at my next check-in.

The monthly check-ins weren’t just to make sure I wasn’t pregnant. My doctors also checked in with me about my mental state. Depression is a very serious common side-effect of isotretinoin. When I expressed an interest in increasing my dosage at one visit, so I could get to the end of the treatment faster, the doctor dissuaded me. He explained that the isotretinoin treatment was like driving a car really fast. The faster you go, the more intense the side-effects are. Since the destination was the same, it was better to not go too fast. He mentioned other patients who had to drop out of treatment because their depression had been so inflamed by the process.

My depression felt mild, and since I didn’t have any thoughts about hurting myself, I didn’t notice how depressed I had become until after I had stopped treatment. During treatment, after driving home from work I would sit, exhausted, in the car for 20 minutes before I could bear to go inside. A month or two after stopping treatment I was able to get out of the car as soon as I got home. Once it stopped, it was like a lightbulb clicking on. “Oh. That was the depression. That’s why that was happening.” Going back into my financial records, I can also see that these were some of my lowest-spending months in years. When you’re too tired to even contemplate shopping or going out, you end up saving some money. The irony.

Co-pay for other medications: $35

Just when I think I’m out…

By the time I finished the isotretinoin treatment, it felt like I had entirely different skin. The red bumps and cystic nodules had disappeared, and my pores were smaller and less greasy. I was elated. I stopped wearing foundation and started smiling at myself in the mirror. I wore bold lipsticks, no longer concerned about someone studying my face too closely. My life wasn’t perfect, but it felt like this huge concern I had been lugging around for years had vanished. I gushed to my family, “Why didn’t I do this years ago? I would have even paid out of pocket for this!”

It’s been over a year since I finished treatment, and for the most part I’ve been thrilled. However, it wasn’t quite the “happily ever after” the nurses had raved about.

A few months after stopping treatment, very small acne began appearing near my hairline. I didn’t love it, but it was so minor compared to what I had been dealing with before that I brushed it off. Around the one-year mark post-treatment, my old acne really started coming back in earnest. Cystic lumps so far under the skin I couldn’t do anything about them. It was time to go back to the dermatologist. Isotretinoin is so extreme and labor-intensive that I didn’t want to go through it again right away. My dermatologist agreed, and we’ve settled on a new course of action to try for a while ($40 visit co-pay, $15 prescription co-pay).

While my acne is trying to make a come-back, it’s still nowhere near as bad as it was before. Elective procedures and treatments can sometime inspire derision from others, and I suppose it’s true that I could have spent this money elsewhere. But I have no regrets. We change our bodies for all kinds of reasons, from weight loss to tattoos to haircuts. Even though my change wasn’t as permanent as I would have liked, I’m glad it was a choice I got to make at all.

Marisa currently hikes in Colorado. She still has multiple tubes of lip balm in her bag.

1. We Did Good, Billfold
2. Question Wednesday
3. What I Learned From Five Years of Writing and Editing for The Billfold
4. How a Program Assistant Dealing With a New Paycheck System Does Money
5. Classic Billfold: What I Wanted From My Move to Portland and What I Got
acnehealthhealth-insurancehealthcare