The Cost of Canceling Our Wedding 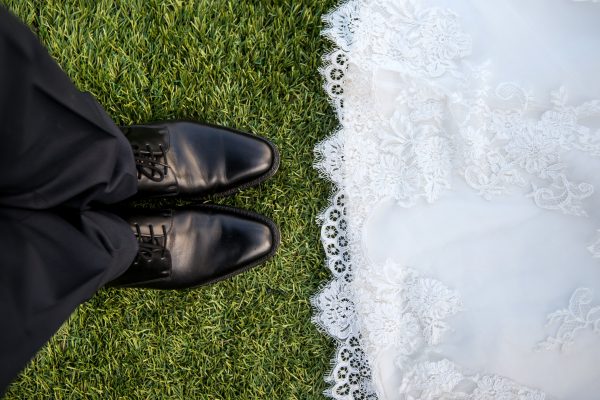 Photo by Gianni Scognamiglio on Unsplash.

“Hi, it’s Emma. I have your venue booked for next month. We’ve decided not to have a wedding so I have to cancel. I’m so sorry and I hope you can rebook it, and I’m really sorry, okay bye.”

This feels like the most embarrassing moment of my adult life. To have a wedding is to publicly prove that you can handle responsibility; to cancel one is to admit that you are a hot mess.

I’m at work, in a dark conference room, crouched in a corner so my coworkers won’t be able to hear me. It’s the last phone call I have to make. I’ve already called the caterer, the DJ, the photographer, and my mother. The only thing left to face is Facebook.

I take a deep breath before walking back to my desk and the rest of my Monday. It’s official: our wedding is canceled.

The first sign that the wedding was a bad idea was probably the fact that we disagreed about every single detail related to the wedding, including if we should even have one.

This difference of opinion shouldn’t have surprised me — my future husband was an Egyptian boy who grew up in Orange County and prayed to the gods of the Lakers and old school rap. I was a homeschooled hippie child who grew up in Southern Oregon. All my gods were Wiccan. I’d been to weddings that had drumming circles.

I pictured us dancing barefoot in a meadow with our closest friends and family. He pictured me in a white dress walking down an aisle.

“I am going to get married with my shoes off.” That was my bottom line. But his bottom line was shoes as well: shoes on.

Over happy hour sushi and two bright blue cocktails, we compromised. We’d elope in secret, shoes off; a couple months later, we’d have a small simple wedding, shoes on. Our guest list was 50 people. Our budget was $4,000.

Eight weeks later, we were struggling to stick to a budget of $11,000. We’d invited 150 guests, booked an overpriced venue, were looking for a DJ, and had decided to go fully-catered with an open bar. I was trying on custom wedding dresses that cost more than my car.

What happened? I still don’t exactly know, and yet it’s the same thing that happens to everyone: there were family expectations and our own egos combined with self-inflicted keeping-up-with-the-joneses and FOMO and believing all that cheesy bullshit about “the best day of your life” and that having the perfect photos could provide lifelong marital joy. (There were also just so many cousins…)

I was staying up until two in the morning, moonlighting as a copywriter to make extra money before getting up at six to get to my actual job. He was picking up extra shifts at the hospital, sometimes working six and seven days a week. We stopped going out on date nights, canceled our gym memberships, and would have picked pennies off the sidewalk if we had found any.

We were constantly fighting about the cost of the wedding. Why did you have to be born to such a large family?! Have you no decency? Obviously if you loved me, you would have been born an orphan, thus saving us $1,791 in wedding costs!

I became obsessed with pleasing everyone (or at least pleasing our mothers) but it was impossible. White dress or gold dress? Bridesmaids or no bridal party? Registries: tacky or convenient? Cupcakes or cake? No matter how much I explained or compromised or googled, I couldn’t figure out what was “right” — and I became more and more fixated on finding the perfect combination that would make every single guest happy. I spent an hour crying in a grocery store over cupcake flavors because maybe cupcakes were too basic and I didn’t know if we could afford the decorative ladybugs on the top and we were running out of time to place the advance order and what the fuck is ganache?!?

Every night I would lie in bed and fantasize about not having a wedding. Every day, I would force myself to “clock in” a couple hours of wedding planning.

More than anything, I felt ashamed. I am a grown-ass woman with a career and some strong non-wedding-related opinions and a little bit of life experience and a lot of big dreams, and I was spending my entire summer crying on my parents’ couch because I didn’t want to have a wedding and I was having one. Because I had bought into the belief if my wedding wasn’t perfect, then it meant I had failed at adulthood. Why did I care so much about something that I logically understood mattered so little?

Because I’m still very much married (and would very much like to stay that way) I won’t get into the details of how bad things got. I will just say that six weeks before our wedding, it became clear: we either had to cancel the wedding or cancel the marriage. So we canceled the wedding. And focused on learning how to be a happy (or even just slightly less miserable) couple instead.

Our actual ceremony? There was lots of poetry. It was monumental in that it was the only day of my life that I’ve worn a romper (which I later accidentally shrunk in the dryer). Andrew wore clothes (I have no idea what he wore…) and twenty minutes later, we were married. Honestly, it was just like any other Friday.

In the hours before each wedding, as we are getting dressed and fighting for space in front of the bathroom mirror, a kind of painful silence descends. I know we’re both thinking about the wedding we didn’t have. Those precious hours we didn’t spend getting ready to make some kind of ultimate commitment in front of everyone we knew (and about 83 people we didn’t know).

On the drive to a wedding we attended a few months ago, I turned to my husband in the car and said, I wish we’d had a wedding, but I also know that it probably wouldn’t have been any fun.

He turned to me and said, You know what I wish? That we could have been the people we are now, back then.

1. We Did Good, Billfold
2. Question Wednesday
3. What I Learned From Five Years of Writing and Editing for The Billfold
4. How a Program Assistant Dealing With a New Paycheck System Does Money
5. Classic Billfold: What I Wanted From My Move to Portland and What I Got
canceling weddingslife-lessonsmarriagerelationshipsweddings