The Billfold
The Art of Negotiation 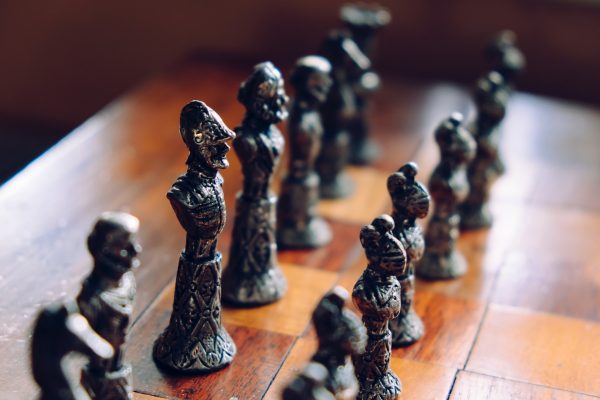 Photo by Lou Levit on Unsplash.

I was in my 20s, still at my first full-time job, and desperate to get out of an increasingly untenable position. I got an offer from a company where I really wanted to work, for a kind of job I really wanted to do, for 20 percent more than I was making. I wanted to accept it on the spot.

Instead, I took a deep breath and said, “I was hoping for more, based on my research on the typical range for this position.” I named a figure $3,000 higher than what they’d offered.

This was a bald-faced lie. I hadn’t actually done any research on the salary range, and they were already offering more than I had expected to get. But when I’d accepted the offer for my first full-time job, I hadn’t negotiated — and I later learned that several of my coworkers (also entry-level and with no more experience than I had) were making one or two thousand dollars a year more than I was. The only thing they’d done differently was ask.

I really, really, really wanted this job. In my head, a scene kept playing out: the HR manager saying, “Ha! You’re not worth that. Never mind — we’ll find someone else.” I didn’t really think that would happen, but I couldn’t stop thinking about it. What she actually said was, “Hmm, I don’t know if there’s any room for an increase, but I’ll check.”

She called me back a couple hours later and offered an additional $500. $500 x ⅔ (estimated tax and other deductions) ÷ 24 (bimonthly pay periods) = $13.75 extra take-home every paycheck. It’s not much, but it’s not nothing. Delirious with relief, I accepted the new, increased offer, and the HR manager congratulated me.

I’d been at my job for a few years, and was getting frustrated at my lack of upward movement. My performance reviews were positive, but I was getting modest raises, and the promotion I’d asked for didn’t seem likely to materialize any time soon.

Then I got a LinkedIn message from a recruiter. I wasn’t sure how I felt about the position they were trying to fill, but I was moderately intrigued and felt stuck in my current position. I agreed to an interview (I don’t think I ever even sent them a resume or cover letter). I scrounged up a second suit jacket for a second interview. I was pretty sure I’d done well, and at the end of the second interview, the hiring manager asked what salary range I was looking for. I (again!) hadn’t done enough research, so I plucked a figure out of the air that I thought was probably on the high side, but reasonable.

The following week, an HR manager called and offered me the job. The offer was for 10 percent more than the number I’d requested. Flabbergasted, I took down notes on the rest of the benefits and asked if I could have a couple days to think about it. They told me they needed an answer by the following Tuesday.

An hour later, I marched into my boss’s office. I told her I’d received an offer, and that I didn’t really want to leave, but I was frustrated with my lack of advancement and — frankly — couldn’t turn down the money the other company was offering me. If they couldn’t match the offer, I would leave. I gave her the Tuesday deadline and the dollar amount, and, feeling pretty shaky, I went back to work.

The next few days were incredibly stressful. My boss didn’t have any updates, and the company that had made the offer called me several times to ask whether I’d made a decision. By Monday, I was letting all of their calls go to voicemail.

On Tuesday afternoon, my boss pulled me into her office and gave me the good news: they would promote me and match the other company’s offer. My salary would be increasing by 30 percent.

I called the other company and told them that my current employer had agreed to meet the offer and, though it was a difficult decision, I’d decided to stay. They wished me all the best, and hired another good candidate.

My bosses told me I was getting promoted again. Hooray! But the salary I was getting was less than I’d asked for, and less than I thought was fair for my new title. (I’d finally learned my lesson and done as much research as I could, checking sites like Glassdoor and Payscale and consulting mentors and colleagues within the industry.)

I expressed my disappointment and laid out my arguments for why I thought I should be paid more. My bosses were sympathetic; they went back to the executive who oversaw our department and asked about a bigger increase, but came back to me with the news that there was no room in the budget.

After giving it some thought, I spoke with my HR representative. I laid out the situation for him, and asked what he would recommend. He, thankfully, was thoughtful and conscientious, and after hearing me out, said he would see what he could do. He had a discussion with my bosses, and with his support, they went back to the executive, who approved an additional increase. A 9 percent raise became a 15 percent raise.

Strangely, although my first two negotiations were nerve-wracking and this was the most complex of the three, I was pretty calm throughout this process. Having gone through it twice before made me more confident, as did the research I’d actually done this time — as did knowing that my performance was not going to be an issue (I’d just gotten promoted, after all).

Alison of the fabulous blog Ask A Manager often talks about social capital: the goodwill you build up at work by being a good and pleasant coworker, by doing favors, whatever; you spend it every time you make a demand or a request. I entered into this negotiation knowing that I’d built up a good amount of social capital (with my bosses, the HR rep, and to a lesser degree the executive who made the ultimate call), and this was something worth spending it on.

All in all, roughly a quarter of my current income can be attributed to nothing more than asking for more money than was offered to me. If I hadn’t negotiated, I would have trouble paying the rent on my current apartment; I would have thousands fewer dollars in my savings accounts than I do; I would be more stressed about money and be able to afford fewer luxuries.

I’ve been lucky in lots of ways during my career. I’ve worked at companies that try to compensate their employees fairly. I’ve had bosses who care about my career development. I’ve had recruiters find me on LinkedIn. But all of that could have been true and I could have still ended up in a very different place, if I hadn’t learned how to ask for more.

Alexis lives in New York, where she works in publishing and collects more hobbies than she has time for. She plans to continue negotiating her salary in the future.

1. We Did Good, Billfold
2. Question Wednesday
3. What I Learned From Five Years of Writing and Editing for The Billfold
4. How a Program Assistant Dealing With a New Paycheck System Does Money
5. Classic Billfold: What I Wanted From My Move to Portland and What I Got
careersnegotiatingsalarysalary-negotiation