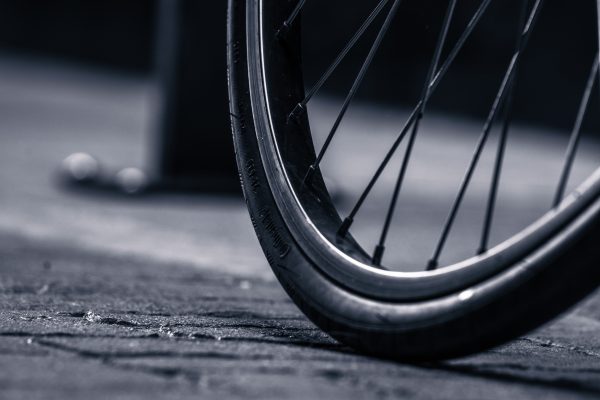 Photo by Ricardo Soria on Unsplash.

If you live in one of those major metropolitan areas, you’ve probably seen multiple startups attempt to flood the sidewalks with rent-a-bikes and rent-a-scooters. (“When you’re done using it, just leave it anywhere!” Yeah. Great idea.) Some cities have gone so far as to send these startups cease-and-desist letters,  because apparently the startups didn’t get permission before putting their electric scooters on the sidewalks? I guess the “launch first, get city approval later” strategy worked for Uber, but still.

One startup, Lime (coincidentally the recipient of the cease-and-desist letter linked above), is planning on expanding its rentable, sharable offerings to include bikes, scooters, and — you guessed it — pods.

[…] Lime’s plan is to build an enclosed, electric vehicle that could hold one or two people, resembling a smart car or a deluxe golf cart. The vehicle wouldn’t be a car, exactly; it’s not even clear whether it would have three or four wheels. But it would drive in normal street traffic, and could hit a top speed of about 40 miles an hour, said Brad Bao, Lime’s co-founder and chairman.

My first response is “huh, they reinvented the autorickshaw.” Lime is calling it a “transit pod,” which, whatever, but cite your sources.

The Bloomberg article notes that Lime is not the only startup working to bring this type of vehicle to market, which brings me to my second response: the United States doesn’t have the right kind of driving culture for these types of vehicles. We have a hard enough time getting cars to peacefully coexist with bicycles, never mind tiny three-wheelers that can zip around at 40 mph and are being driven by people who may be taking them on the road for only the first or second time.

I’m also really curious about what type of, like, crash resistance these companies are required to build into their vehicles. I’m assuming a lot of this is unregulated, which means we’re likely to get the same “launch first, get approval later” strategy we got with the bikes and scooters — but at this point I’ve veered well into the realm of speculation, so I’ll stop here and ask you what you think.

I’ll also ask why so many companies are renaming cars (or car-like vehicles) “pods.” Is it because “pods” sounds cooler, or is it because they don’t want to imply that they’ll be taking market share away from our beloved cars?

1. We Did Good, Billfold
2. Question Wednesday
3. What I Learned From Five Years of Writing and Editing for The Billfold
4. How a Program Assistant Dealing With a New Paycheck System Does Money
5. Classic Billfold: What I Wanted From My Move to Portland and What I Got
bikespodsscootersstartupsthe-sharing-economythis wasn't the only "cars are pods now" story in the news today