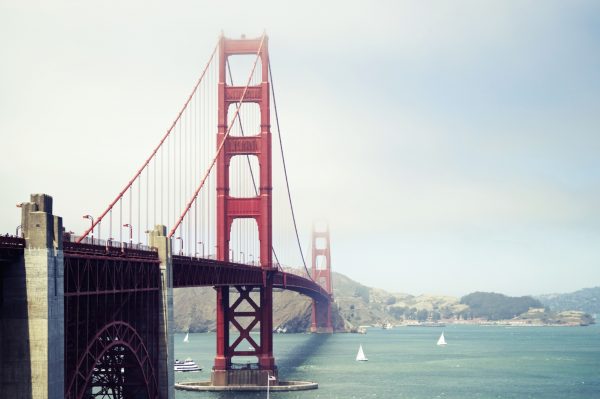 Photo by Lucas Theis on Unsplash.

Phryne (not her real name) is an early-30s business analyst in San Francisco.

So, Phryne, how much are you making?

So… my salary is $155K, but this is where it gets complicated. I also have stock that vests, which gets counted as W-2 income, but if I don’t sell it, it just sits there (and right now it is just sitting there).

I am also married and my husband makes a similar amount (somewhere $140-$160K, I am actually not sure).

You’re one of those couples that doesn’t share how much they earn with each other? Tell us more!

Oh, we do! I know his take-home, that’s all. I’m not sure what the top number is.

Ah, got it. You know, that makes a lot of sense. I’m not sure I could figure out someone’s top number just from their take home.

Hahaha I know, right? But we do keep our finances somewhat separate — we keep track of take-home, investments, family and charity gifts.

I actually just pulled up my paycheck, because all sorts of stuff gets taken out of it: 401(k), insurance… but we also have an employee stock plan, commuter benefits…

All of that stuff has value!

Oh, I am very appreciative of it all. It’s just the difference between $155K and the much much smaller number that lands in my bank account.

For sure. Once that smaller number lands in your bank account, where does it go?

So the system my husband and I have is that we split our paychecks down the middle, add in our half of the rent, and put that in a joint account. I have the numbers for our joint spending, my personal spending, and my husband said he spends something like $200-$600 per month of personal spending.

Also, this is a year breakdown, because a lot of our spending is in chunks (like vacations), but according to Mint it’s about:

We, uh, love eating out and traveling.

Yeah, that looks like you’re spending a little more than $1,000 every month on food — but that’s also for two people! So I wouldn’t necessarily consider it too much. $500 per person per month?

Honestly that sounds low for us. We probably eat out 3-4 times a week. Trying to do some quick math there… let’s say $300 just on eating out per week, four weeks a month… $1,200 just on restaurants, right? So as you can see we are not really a budgeting couple.

But you use Mint! How does that work? Do you just… look at the numbers afterwards?

I’m actually double checking the restaurants right this second. Those numbers were from the Mint trends pie chart for the last 12 months. Just for restaurants, Mint says we average $1,015 per month. Our average grocery spending is $300.

It sounds like you eat most of your meals at restaurants.

On the one hand, it doesn’t feel like we do. But on the other, I see these numbers in front of me. Would it make more or less sense if all that restaurant eating were packed into the weekend? Oh, and this is probably also important — we both get free lunch at work.

And my husband gets free dinners, but he eats at home because it’s important for us to eat together.

Does he… bring the dinners home?

He doesn’t, but sometimes I bring home leftover lunches. He gets catering so it’s hard to get a to-go box.

And then you’re enjoying some really nice restaurants (and drinks?) on the weekend.

I guess we lay it all on the table on The Billfold. My favorite meal of my life was for my 30th birthday, where we went to a restaurant in Healdsburg (in wine country) called Single Thread, where we may have spent over $1,000. Their menu is $295 per person, and we also both ordered beverage pairings.

It WAS amazing and we ARE ridiculous!

Not at all! If your income and expenses make sense, then go for it. Life is about going after what you value, and it sounds like you and your husband value sharing meals together.

We really do value it, but I always have this, I don’t know, voice of reason? It lives in my head and is, like, just because we can, doesn’t mean we should. We both make a lot of money. A LOT of money. What do we do with it?

That’s what this Doing Money interview is all about, LOL.

Hahahah. In the cosmic, figurative sense.

True true. My retirement accounts are somewhere around $200K. My husband’s are south of $50K — he had been working at startups with no 401(k) program. We keep a $10K emergency fund in the bank, and our non-automated savings system is, “oh it looks like we have a lot of money in our savings account, let’s move it to Vanguard.”

I also have $170K in stock at my current company, which is from those vested shares that I have not sold, and we have another $10K in normal (non-emergency fund) savings.

Since most of this money isn’t in liquid cash, do you have a plan for what you’ll do if you need to access money in a hurry, whether it’s because of job loss or some kind of expensive emergency? Do you drain the savings account first or sell some investments or… ???

I’ve never really thought about it. “It” being “needing more than the emergency fund can cover.”

Even though you’ve got $20K in your emergency fund and savings, that might only last you… four months if you lost your income sources? I don’t know. I’m trying to do backwards math from your annual expenses.

Yeah, if it were something big, we would obviously cut back on spending, or I’d sell the company stock. One of our incomes can support both of us in terms of rent, food (not fancy food), etc.

That’s always a plus, in terms of financial stability.

Yeah. Actually, we have started talking about buying a place, which would completely upend this free-wheeling hedonistic life we live now, and the most upsetting part is the loss of the idea of financial stability.

Right now, one of us could quit our job and volunteer at the library part-time and we would be fine financially — and we are ridiculous people with very expensive taste (central location being the most expensive part).

Is there a way you could buy a home and still have one income cover all of your basic expenses including the mortgage?

There are certainly ways, but we don’t idolize real estate in a way where we would give up X, Y, or Z just to own a place. Our top priority is location: right now we have close access to public transit, we can walk down the street to restaurants, we can walk down to the corner store to pick up a lemon for dinner…

Plus you’ve got that rent-controlled apartment.

YES I WILL DIE HERE. The golden handcuffs, so to speak. Any time I plug into a rent vs. buy calculator, it’s like, “you dum-dum, stay in your rent-controlled apartment.”

Could be worse, I tell you. Could be a lot worse.

Oh yeah, we are EXTREMELY lucky. We moved here over eight years ago and didn’t even know rent control was a thing. We just liked the neighborhood and how it was ten feet from a bus stop.

Wow. I’ve really only heard about people, like, inheriting rent-controlled apartments. You were able to just walk into one?

Yup! Don’t know how! We just went on Craigslist and looked at three places and applied.

It was an odd year. I guess every year’s kind of been like that since… the millennium? We’ve had a lot of odd years.

Yeah, it was kind of during the recession? And it was before SF tech got so big, actually.

Oh, sure. I vaguely remember those days, LOL.

I think there were only a few Google busses. (I don’t work at Google, but we are Terrible Entitled Tech Workers.)

So I’d ask you where you want to be eight years from now, but it sounds like you’re still trying to decide on house vs. renting. Do you have any long-term financial goals/dreams?

That’s something I talk about with my friends a lot — they’re like, why don’t you buy a house? What else are you going to do with the money? And I’m like, I don’t know, buy a ranch and turn it into a cat rescue? Donate a wing to the science museum? Have my name on the “Brought to you by the Phryne Fisher Foundation” before PBS shows?

I BACKED THE KICKSTARTER!!!!

THERE YOU GO! #GOALS

Like, the scale of money we have means we can Do Something Bigger (back to the cosmic, figurative sense). So what is it?

I’d say it’s about spending on what you value.

Honestly, I don’t have any advice they haven’t heard before. Pay your bills on time, save money. Know everything you do now, but ten years ago. I didn’t get to where I am now because of good advice — it’s good luck. That apartment was luck. Having the skills to work in the world’s most in demand industry is luck. Having money-savvy frugal parents is luck. I wish everybody the best of luck, and I’m trying to pay it forward.