How a Canadian Event Manager Does Money 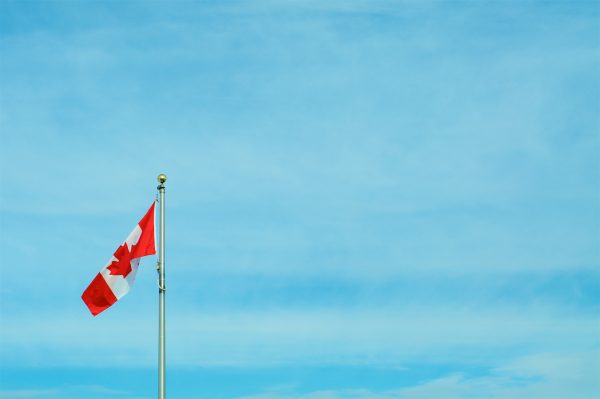 Photo by Owen Farmer on Unsplash.

Sharon (not her real name) is a 35-year-old event manager living in a Canadian city.

So, Sharon, how much are you making?

So you’re getting a pretty nice income boost, right?

Yeah, it’s kind of crazy. I have gotten three big income boosts over the last few years: five years ago I was making $38K/year, which bumped up to $50K/year two years after that, then I got another bump up to $71K when I took my last job. This feels like an enormous, embarrassing amount of money to be making though.

A lot of people make six figures! You are in a well-populated quintile, and you’re NOWHERE near the top. (There’s a Tumblr post somewhere about how people who make six figures feel guilty for being rich, and the actual 1 percent doesn’t think of them as rich at all.)

So what are you going to do with your additional earnings?

A few things. First, take on a larger share of household expenses, primarily rent. My partner and I don’t split 50/50 because until now I have made so much less compared to him, but we are going to start a 50/50 rent split now. That’s the only thing we don’t share equally, and it’s an extra $200/month.

Second, pay off my credit card debt that I can’t ever, ever seem to get rid of completely but NOW IS THE TIME.

And then bank the rest. Especially since this is a contract — got to make hay while the sun shines, as my mother would say. I should be able to save a little less than $30K by the time the contract ends next April, after debt repayment — and that doesn’t include my standard $760/month RRSP contributions.

Let’s start with: contract? Is this the kind of contract that might get renewed, or do you already know you’ll be job hunting next year?

It’s a mat leave and the incumbent seems likely to come back so yeah, I think likely I will be job hunting. I’m planning to be, anyway, and then if I’m not it will be a nice surprise!

Year and six months, now. You can add more! Although tbh I am not 100 percent how that works, but still.

Next question: how much credit card debt, and how did you get there?

UGH this is the question I have been DREADING.

Our commenters have specifically said they want to read about more Doing Money mistakes!

They’re in luck!!! That’s one of the reasons I wanted to a do a Doing Money, because I am pretty financially literate and yet still so bad with my own money.

I have $6,822.81 in credit card debt. I got here… it’s complicated, I guess, although actually it’s not. I have a hard time saying no. I don’t spend a ton on eating out, drinks, cabs, etc. but I can easily spend a LOT on beauty products, clothes, etc. And traveling, I am a jerk when I am traveling. Like a jerk to my future self, who will have to pay off that Visa bill.

To be clear, I have a hard time saying no to MYSELF, ha. I started reading The Billfold because I related so hard to Logan, actually. It was kind of a relief to read about someone who so mirrored my own spending habits.

I think just… I keep paying it down to $3K or so, then being like YAY, LOOK HOW GREAT I AM then being like, I can just buy that skirt… and then that’s it, I’m like an alcoholic who has fallen off the wagon. I have to be more firm with myself.

Well, rolling credit card debt is kind of what the credit card companies want you to have.

You’re the ideal consumer, especially if you pay on time every month.

I know, it’s awful. And I know it’s awful and yet. My work has gotten increasingly stressful as I have taken on more senior roles, and buying really nice work clothes makes me feel more prepared for the day. Definitely part of it is buying more professional clothes, getting nails done, etc. as I move up the ranks of my profession. Not making excuses for sure! But the cost of seniority is real, especially for women.

For sure. And the traveling… is it also job-related? (In the “I want a good vacation from my job” sense?)

Combination of job related for sure, and also just FOMO — I never had enough money to travel significantly in my 20s and now that I’m making more, I want to take vacations outside of Canada! There’s definitely an element of “I deserve this for working so hard” in there.

So… how do you see this behavior changing in the future? Do you want it to change? Or is it more like “I should earn more money so I can afford these expenses which are, at least in the fashion/beauty sense, kind of essential to my career?”

Definitely I want to save more money for retirement; but definitely also when I got this job I was like, great, going back to those biweekly manicures I stopped out of guilt! I definitely want to be more deliberate in my spending. Like, I can only wear so many work outfits in one week, you know? It gets ridiculous after a while.

OMG now I’m thinking of the Ask A Manager where the woman changed her hair and outfit multiple times during the workday and her supervisor was like “can I make this stop?”

YES ASK A MANAGER! I didn’t read that one, but that sounds like a cautionary tale for me. I’ll read it as a reminder to slow down with the clothes buying, ha.

It was a big deal for me when I had my first office job and had enough office clothing to not have to repeat an outfit for two whole weeks. And then I was seeing this advice where they were all “you shouldn’t repeat an outfit for an entire month” and… that’s a lot of pressure. And a lot of money.

There’s so much crazy pressure in some offices. I actually started getting manicures and wearing heels to work at my last job, because I realized every other senior women was doing it, so I was like, well… I mean, dress for the job you want, right?

It worked out for me, I got promoted!

And there you go!

Although also I think I am good at my job, hahahah! But I think that there is something to looking more senior and having people at that level take you more seriously, which is $$$.

Absolutely. You get out of the “entry-level look” by buying higher quality clothes, etc.

YES. That higher quality stuff looks so much better, you actually can tell the difference. But then you’re paying $200 + for a dress and having to get it dry cleaned and on and on.

And you need the hair and makeup and shoes to match. And the purse. It just keeps going.

Yes, oh my god, the hair. And the makeup!

But let’s change topics: you mentioned you were putting a “standard” $760/month contribution to your RRSP. What do you mean by “standard?”

$380/paycheck was 20 percent of my take-home at my last job. I decided to leave it as is in this role, and then save another $1,400/pay on top of that but keep it liquid, because I may need it when I look for another job after this contract is up. So at this point that amount is kind of arbitrary.

Okay. So you didn’t mean that everyone saved $760/month at this position or whatever.

Or 20 percent is your standard.

20 percent is also my standard although I may have read that somewhere. Like 20 percent of your take-home should go to retirement pay? That seems like something someone who presents herself as financially literate should know, ha.

On this side of the border we hear 15 percent a lot, but we also hear that most of us aren’t saving enough for retirement. Do you think you’ll have enough, when the time comes?

Honestly, no, I think I started too late and no matter what I am in trouble. I have about $15K right now. Which… seems bad by nearly every benchmark.

Yeah, I’d agree with that. When did you get started?

I had an RRSP two jobs ago that is included in that $15K — I got it put into my actual RRSP account with my bank when I left that job so I wouldn’t forget about it. So technically then, which was five years ago. Ugh, writing that was depressing.

I have been better since I bumped up to that $71K salary. That was when I actually started saving the 20 percent on the regular.

Well, you have a lot of years ahead of you, and even if you missed the early compound interest window, there’s plenty of time left to save! Plus… I keep thinking “who knows what any of our retirements will be like?” We’re still the guinea pigs in this whole save-it-yourself project.

I love how cheerful you are about this, thanks Nicole.

Hahaha I am an optimist!

It’s a nice change from thinking that I am going to live on a bench in a park in my 80s.

Hahaha I hope we still have benches and parks.

First: where would you like to be financially in five years? We already know where you hope to be by the time your contract ends next year.

I want to be not in debt; I want to have six months emergency savings; I want to be better at saving for retirement. Hopefully still making around what I’m making now, or more.

You’ll  definitely have six months emergency savings, probably by the end of this year!

And you’ll be debt-free!

I am congratulating you in advance.

Last question: what advice do you have for Billfold readers?

I have been waiting for this question! I have two pieces of advice, both cliche but I will say them anyway: one, start contributing to your retirement account IMMEDIATELY, don’t be like me and wait until you literally have grey hair, you’ll regret it.

And two, don’t be a dummy with your credit card. That second one should go without saying but obviously doesn’t always. Generally I feel the Billfolders know that one.

It’s hard not to use that credit card! But I agree. If you can stay out of credit card debt, it’s way better than getting caught up in it!

Heed my words, readers. Learn from my mistakes!