How a Business Analyst in NYC Does Money 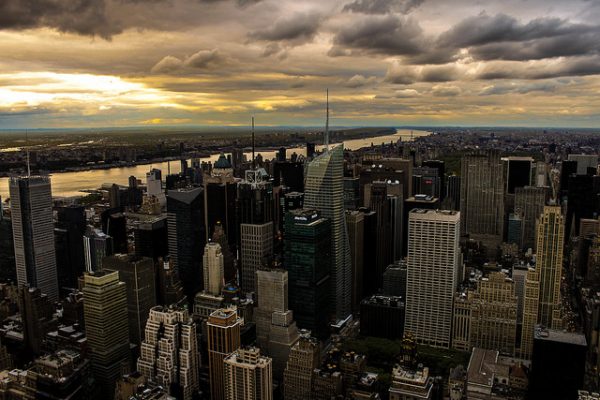 Tora (not her real name) is a 30-year-old business analyst in New York City.

So, Tora, how much are you making?

What do you mean by backpay?

I work at a startup, so our performance review cycles can be a little weird — my review was officially completed in February, and so was only updated in the payroll system in March.

But anyone at my company who received a raise this year got a check with extra $$, with the difference between the new rate and the old rate. That was the first March paycheck, and then the second March paycheck had bonuses included.

Got it. Do you also get a paycheck bump due to the new tax plan?

Yes, but it’s really hard to identify how much! I overfunded my HSA in 2017 on a per-paycheck basis, (had to stop contributions before the end of the year), the 401(k) annual limit was raised by $500, and I got a raise — so I can’t say “oh, this specific amount bimonthly is the tax plan” versus the other changes.

What are you doing with your extra earnings?

Since my backpay came in the same month as my state tax refund and my bonus, some of the money definitely went to “wants” — but my eFund/Fuck Off Fund got a solid infusion of cash.

How big is your Fuck Off Fund? Do you have enough to tell someone to fuck off?

I do! Right now, I have 6.66 (snort!) months of spending in the savings account actually named the Fuck Off Fund.

Excellent. What about your other savings vehicles? Do you have a separate savings account for vacations or big purchases? Retirement accounts? Investment accounts?

I have a second savings account called the Fun Fund, with just under $1,000 in it. That’s what I use for travel and the occasional big-ticket item — buying a new computer was the last example. And then I have a 401(k) + HSA through my job, and both an IRA and a separate non-retirement account through Vanguard.

My HSA was started in Jan 2017, when my company offered a high-deductible health plan for the first time — it has $1,000 in the “cash” portion, linked to the debit card, and $3,100 in a Vanguard fund in the investment part.

In January 2018, my net worth officially ticked into the six figures, so that was exciting!

VERY NICE! How are you able to save so much? What are your other big expenses? Do you pay yourself first?

So #1 is that I have no student loan debt! This is probably the single biggest piece — I graduated in 2009, and my parents were in a position to refinance my private student loans (at interest rates around 7–9 percent) into a mortgage refinance at less than 4 percent. There’s no formal payment plan, but… my non-retirement investment account is called “payback” in Mint. I’d like to be able to gift my parents the bulk of what they helped me with, as they retire and begin to need the money for medical expenses. That’s probably 10+ years away, and I’ll probably go with an annuity for the guaranteed income?

That sounds lovely. I hope you’re able to do it!

Thank you! I also had ~$12K in federal loans — Stafford and Mint tells me they’re Perkins — which I think I paid off in early 2014, after a few years of aggressive payments.

The second factor is that yes, I do pay myself first, and I can afford that because my living expenses are really low. I lucked into a rent-stabilized lease in 2014, and my share of rent + utilities is under $750/month.

I (frequently) joke I’ll live here until I die. I have two roommates, so I’ll obviously marry one off and, uh, disappear the other. KIDDING ON THAT LAST BIT.

So how did you become so financially savvy? The fact that you’re already planning on investing your parents’ gift into annuities, for example. Where did you pick up your skills?

A lot of it is actually from The Billfold! I graduated in 2009, and… escaped to the Peace Corps from 2010–2012. (That’s when the refinance happened, and really that’s what allowed me to go at all.)

A friend recommended Mint in 2010, while my loans were on deferment and I was making <$200 month in local-to-my-Peace-Corps-country currency. I didn’t really start using Mint until I came back to the U.S. and started working at the company where I’m still at.

The annuity knowledge came via the internet/my grandmother — she has two annuities, and I was SUPER CURIOUS.

There are good annuities and there are bad annuities, as John Oliver reminded us.

She’s in an okay one. The fees are higher than they ideally would be, but not usuriously so and it does really help to supplement her Social Security and ridiculously low pension.

I’ve also fallen down the /r/personalfinance rabbit hole a few times, which has given me plenty of topics to research myself.

I do enjoy a good trip down r/personalfinance. Also r/frugal. Cut your dish sponges in half to get twice as many sponges!

Right. Use your coffee grounds twice to get twice as many cups!

How are you hoping to improve, financially, over the next few years?

I would love to be in a position to buy in NYC; depending on what happens career-wise, potentially through one of the city or state programs for “middle income” homebuyers.

I actually found an HDFC co-op last winter… and then found out I didn’t have a credit score. Paid-off student loans + no credit card = nothing reported to the Big Three bureaus. HDFC buildings are resident-managed, and will generally have limits on your income and sale restrictions.

Yeah, you gotta get that credit card. Even if you don’t want it.

Did you have to get one of those secured cards?

Just a low-limit Capital One card, actually! Didn’t need a secured card. Probably helps that they were my bank, so they could see payroll deposits.

To jump back to what you were mentioning above: can you explain what a co-op housing program is? For readers who might not be familiar?

So, the two big ones in NYC are HDFC buildings and Mitchell-Lama buildings.

HDFCs were created in the ’70s (I think!), as a way for tenants to take ownership of properties neglected by their landlords. They’re like a standard co-op — you buy a share in the building and not actually an apartment, you pay a monthly maintenance charge — but the co-op bylaws usually set income limits for new shareholders, require you to be an actual resident (no sublets, etc) and sometimes restrict resale (i.e., because income for new tenants is capped, you can’t just list your unit for one! million! dollars! even if it’s in a prime location).

Mitchell-Lama was created in the 1950s (thanks, Wikipedia!), and it’s similar: income restrictions on tenants, etc. Neither type has a lot of inventory, and typically the income limits for single buyers is ~$84K.

Got it. And if you bought in, even though you don’t own an apartment, you’d still have a place to live?

There are also plenty of co-op buildings that are not income-restricted. It’s a pretty common way for multi-unit buildings to be set up in NYC, as opposed to a condo. A quick search of the internet claims the divide is *generally* based on age of the building: pre-1980s are likely to be set up as co-ops, after that they’re much more likely to be a condo.

That is FASCINATING. I hope you’re able to buy into one, now that you’ve built up your credit score!

Me too! My current housing situation is stable, and my roommates are totally fine – but that’s the biggest financial/life thing I’d like to do. Unless my income doubles or triples, I can’t see myself being able to afford something market-rate in the neighborhoods I’d like to live in. I keep an eye on listings, but the affordable units go really fast… and a lot of times, they’ll be cash only, which is mind-blowing. Also probably a discussion for another time.

For sure. Last question, then: what advice do you have for Billfold readers?

Definitely get that credit card! And become a Billfold Patron! The site (and the comment section) has been so valuable as I get my financial life together. Knowing there’s a place where the advice is more nuanced than “stop eating avocado toast! cut your sponges in half!” has been really great.