The Cost of Making a Low-Budget Short Film 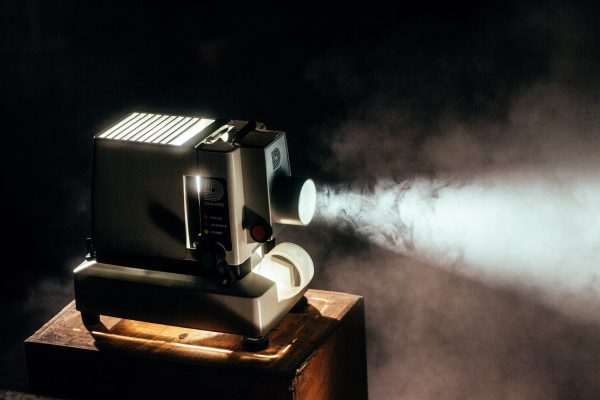 Photo by Jeremy Yap on Unsplash.

My fiancé works with a small production company to write, direct, and produce short films. So, over the years, I’ve gone to quite a few film festivals, where I’m often sitting through countless Q&As with the filmmakers. I don’t know if this is the case with all movies, but with indie short films, the cost of production is always downplayed. The directors love to clarify that their film wasn’t a “low budget” production; it was actually “no budget.”

I appreciate them wanting the audience to understand that making a film with no financial backing means your heart, soul, and a lot of sweat goes into it. But to lead the audience to believe that absolutely no money was spent is giving them a false idea of film production. As someone who has scoured yard sales and thrift shops to find props for films, watched my fiancé stay up all night putting together costumes, and been the official lunch-getter of many productions, I can safely say that spending no money is just impossible.

Last month the crew finished a short film (under 10 minutes) that was entirely funded by my fiancé, since it was his project. It was terrifying for me to keep track of all the money going out to props, food, pay for the actors, and more. Now that the shoot is over, it’s time to take a look at the final damage and prove that “no budget” really just means “as little money as possible.”

The crew consisted of us and our friends. The equipment belonged to us and our friends. And the location was a friend’s house. In case it wasn’t clear, low-budget movies rely pretty heavily on the kindness of others, and he’s lucky to have the access he does.

For the film, he had to create a costume which required fabric, patches, and a mannequin stand. Most of the film is set in the bedroom of a dying, elderly man. We pieced together some makeshift medical equipment from items found on Amazon and in thrift stores. The rest of the money went to yard sales and thrift stores finding antiques, bedding, and anything that could be used to fill the room. The room was totally empty when we started, and it took a mountain of stuff to make it look like a room someone had lived in for several decades.

I, along with a few of our friends, filled in the background roles, and there were only three main actors to worry about. They had all volunteered for the roles, so they weren’t expecting any payment, but to thank them for their time and the distance they traveled, we gave them some gas money when the shoot wrapped.

This included snacks and drinks for the set, morning coffees, and lunches for the cast and crew. Since we weren’t paying anyone for their role, providing food felt like the least we could do. It was also the easiest way to avoid getting behind on filming. Two of the main actors were kids, so we had limited time with them. Leaving for a 1–2 hour lunch break would have been devastating to our already tight timeframe, given that we couldn’t shoot past sundown. (We also found that the kids were most enthusiastic right after lunch, which I deeply understood, as someone who is only happy when I’m full.)

We bought tape (because for some reason you always need tape), Hot Hands for the kids (because it was the coldest day of the year so far), and a bottle of bourbon (to say “thank you” to our friend for letting us take over his house).

My fiancé will now edit, score, and release the film, so there will be no money towards post-production work. There will be more costs—likely higher than the costs of production—going towards film festival submission fees and travel, but for now the spending is done.

While this was still the lowest of low-budget films, it was still a chunk of money going out right before Christmas. As with every short film, this was an investment towards his future. The hope is that the film will lead to festivals and more opportunities that make all the spending and early mornings worth it.

I can’t wait for you all to see it!

1. We Did Good, Billfold
2. Question Wednesday
3. What I Learned From Five Years of Writing and Editing for The Billfold
4. How a Program Assistant Dealing With a New Paycheck System Does Money
5. Classic Billfold: What I Wanted From My Move to Portland and What I Got
filmfilm-productionmovies