Is It Normal to Be Filled With Existential Dread? 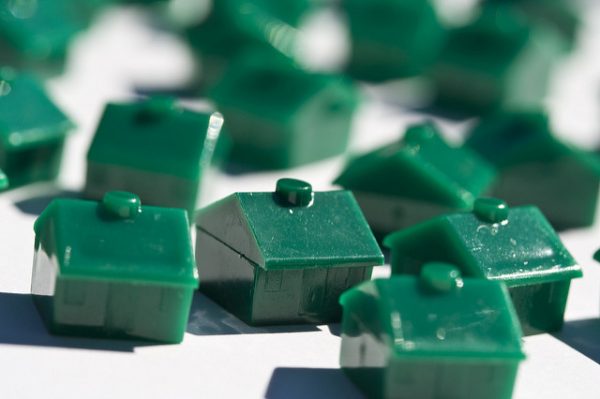 I started out 2017 with a wintery mix of dread and optimism. I had just moved back to my home state of Ohio after six years away in both Chicago and Portland, Oregon, and I was starting to think about buying a house. I was in shock, along with much of the country, at the outcome of the 2016 presidential election, for which I’d made sure to move back in time in order to vote in a swing state again. I kicked off January with a massive head cold and an important march in DC, but also by adopting not one, but two bonded cats after years of pet commitment phobia. Much like Beyonce announcing she was expecting twins this year, surely I didn’t believe the world was about to end if I was willing to take on responsibility for keeping two other organisms alive.

I didn’t know anything about buying a house at the start of 2017, and to be honest, I don’t know much more about it now. I spent a lot of this year feeling paralyzed by fear, repeatedly Googling things like “literally what even is step one of buying a house.” I spent the rest of the time trying to talk myself out of worrying too much, and trying to save money despite having to buy new hearing aids this summer. I’ve asked myself a lot of questions with uncertain answers this year, like how much house can I afford, and where? But also: who will be the President six weeks, or six months from now? Who will be the next powerful man to be taken down by victims coming forward with accounts of their mistreatment? Will women ever be given the chance to lead instead?

How can we even plan for 2018 when this year was full of so many uncertainties on so many micro and macro levels? What will be different this time next year—or, if you’d prefer a shorter list, what will be the same? I’m trying to stay away from doomsday-ist predictions and focus more on the things I can control (Saving! Spending!) and less on the things I can’t (Nuclear war? A housing crisis? Ahhh…).

There was a period this past fall when it was reported that Americans kept searching online with phrases like “is the world ending” and “are these the end times” in light of Hurricanes Harvey and Irma, vicious wildfires, and earthquakes—not to mention an unusual total solar eclipse that spanned the country. People were STRESSED this year. This was all on top of living through the most uncertain political times of a generation, during which I am somehow vaguely nostalgic for the George W. Bush administration, despite my strongest wishes otherwise.

I feel frozen by uncertainty because while I think I want to buy a house next year, 2018 feels like a super scary time to make plans around that goal. Things are changing every day, and quickly.

Because the health insurance market is so volatile right now and costs went way up for 2018, my company had to change their annual raise structure through 2020. They’re a great place to work, and they want to ensure we have the best care available to us. But in order to do that, something has to give. I know I should be thankful that I got any raise at all, but when it comes down to it, Donald Trump getting elected negatively impacted my salary for the next two years, and I’m allowed to be upset about that.

On top of the house worries and questions, there’s the media coverage and the political podcasts I won’t stop listening to and the tweets, always with the tweets. This rush of frenzy and adrenaline is not sustainable. Sometimes I have to turn off my brain and watch The Office and try not to think too hard about how problematic Jim’s pursuit of Pam looks in 2017. Or sometimes I am just so tired and I have to order Grubhub even though I know it’s cheaper to shop and cook for myself—and how will I ever afford a house if I don’t stop paying for chicken tikka masala to be summoned to my couch? In 2017, I mistook frivolous spending for self-care and bought eShakti dresses and sheet masks when the going got tough—and the going was tough a lot of the time. Do I want a house more than I want to feel like myself? Do we even get to enjoy things now?

2017 killed my love of the Bachelor franchise and ruined Louis C.K. and The Graduate for me in quick succession. I’m just saying, 2018 had better make up for it in spades with women-driven film and TV.

And yet, it’s worth remembering that the year that was wasn’t all doom and gloom. 2017 was, if nothing else, the year powerful men began to be held accountable for their lousy actions against women. That has to mean something. What I want more of in 2018 is to see more people being held responsible for bad behavior. I hope to see more women elected to office, and more women being believed when they come forward to say something terrible happened to them.

Finally, I want more certainty. I am sorry if I ever wished to be living in interesting times. Please, please bring back the mundane. I need back the time I spend refreshing Twitter.

Maybe I won’t buy a house in 2018, or maybe I will. But maybe by this time next year, some of these uncertainty concerns will have been addressed and we can start making firmer plans for the future.

Meryl Williams is an Ohio-based writer who loves Rilo Kiley and roller derby. Sign up for her awesome TinyLetter.

1. We Did Good, Billfold
2. Question Wednesday
3. What I Learned From Five Years of Writing and Editing for The Billfold
4. How a Program Assistant Dealing With a New Paycheck System Does Money
5. Classic Billfold: What I Wanted From My Move to Portland and What I Got
homeownershipour uncertain yearpoliticsraises