How I Got This Job: Game Designer 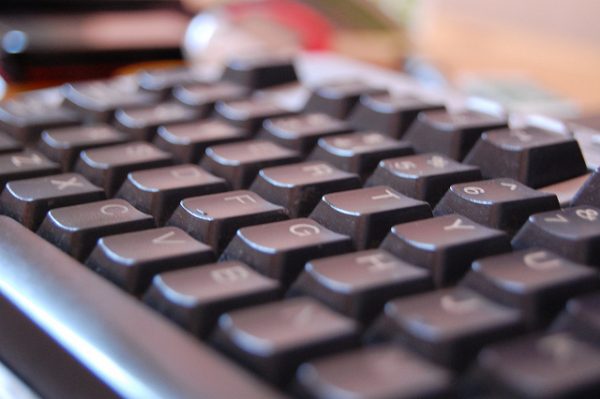 Ten years ago I was living in Greenfield, Massachusetts. It wasn’t known for much besides a meth problem and a sixty percent truancy rate in the public schools, but it did have one of the highest “indie tabletop game designers per capita” in the United States. Whenever I’d go to a friend’s house to playtest their newest creation, I’d get asked the same question: “How come you’ve never designed a game?”

Well, for one thing, I was awfully busy writing search engine spam. It was hard to believe that designing my own nerd game could be more lucrative than writing 20 400-word articles about adult diapers in one day, but I figured it had to be more fun.

So, in my copious time between writing 40,000 words of SEO spam a week, taking care of a toddler, and raising my autistic 5-year-old, I decided to give it a shot.

With the support of my friends, I designed and published my first tabletop roleplaying game. After that came three more. I didn’t really consider myself a designer until I was sitting in front of my budget spreadsheet, trying to decide which bills to pay and which bills could slide until the next freelancing check. I realized that, for the first time, I had made more money in game sales than I had made with all of the other weird things I did for money that month.

I knew that I wanted to get into digital games, but I didn’t know how to code. I harassed small game companies whose work I admired until they put me to work for free, long-distance. I found women in the industry whom I admired and read interviews in which they explained how they “broke in” to the industry.

Then something magic happened.

I tweeted that I was an experienced tabletop designer who wanted to move into digital games, and someone responded with a single sentence: “Are you willing to relocate?”

Relocate from the tiny apartment with no heat in a 10-below winter to sunny California and a salaried job? Why yes, please and thank you.

I went through some phone interviews, and then I got my very first game design test: creating a Mother’s Day quest and content pack for a Facebook game. I have never been more nervous about anything in my LIFE. I had 24 hours, and I’d never done this kind of design before— but I’d done all the research, and I knew in my gut I was a good designer. So I had dinner, went to sleep, woke up bright and early, got some caffeine, sat in front of my computer, opened up the file…

And immediately, the electricity was turned off. I was behind on my payments, and I guess that month I’d decided to let the wrong bill slide.

Have you ever wanted something so badly and watched it float away from you? I had this whole idea of what my life could be, and I could see the brightest timeline stretching out in front of me. It was like an earthquake split that timeline in half, and now there was a huge chasm created by my own mistakes and inadequacies. I could see a better life for myself and my children, but I couldn’t GET THERE.

So I cried. For an hour.

After about an hour I got up to blow my nose and try to get myself together, and on the way to the bathroom I realized something.

I still had twelve hours left.

So… I broke in. I quite literally broke in to my friend’s house. I used her computer, I sent in my design test, I surprised the hell out of her kids when they got home from school, and a couple weeks later I got a job offer in California—with an annual salary larger than my parents ever made in a year working in Montana.

I literally “broke in” to the games industry.

And you know what? I wouldn’t be here without all of the amazing women who were accessories to my breaking and entering. I don’t just mean Julia, for not blinking an eyelash when she came home to see me sitting in pajamas at her ancient iMac and just asked me if I wanted some kombucha.

I mean the women I’ve met laughing or crying in bathroom stalls at game companies or conferences. The ladies who have slipped me their business cards in job interviews when their male counterparts were talking over me. The women who’ve scheduled lunch with me in my first week at a new company, even when I wasn’t on their team, just so I’d know I wasn’t alone.

We hear a lot these days about the dark side of things here in the games industry; harassment from fans, discouraging diversity statistics, open letters from women who have had enough. I’m not saying it’s easy; sometimes things still feel impossible. Sometimes I’m one of those women crying in the bathroom stall, and I’ve been doing this for quite some time.

And if you ever need to break into the industry, or anywhere else, just tell me. I’ll be there with a crowbar and a smile.

Elizabeth Sampat was most recently the Game Design Department Lead at SYBO Games in Copenhagen, Denmark, and her book Empathy Engines: Design Games That Are Personal, Political, And Profound was released earlier this year. She has never been convicted of a felony.

1. We Did Good, Billfold
2. Question Wednesday
3. What I Learned From Five Years of Writing and Editing for The Billfold
4. How a Program Assistant Dealing With a New Paycheck System Does Money
5. Classic Billfold: What I Wanted From My Move to Portland and What I Got
breaking incareersgame designerhow I got this jobjobs