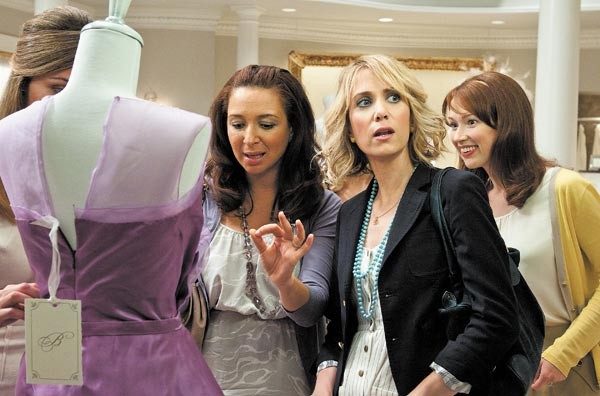 People like to say, “Just you wait! There’s always that one year when all your friends will get married.” For me that year was 2017.

And I spent a LOT of money.

I am a budget conscious person. I buy most of my clothes at T.J. Maxx and Marshalls. I love sales. I keep loyalty cards in my wallet. I don’t own a car. But when it comes to weddings, it’s difficult to keep the costs from growing.

In fact, the most I spent on a single wedding + all its activities, was for a bride who tried to keep the costs DOWN. Our bridesmaid dresses were from David’s Bridal. She made sure people had roommates at the hotel. I stayed with her family for the bridal shower. And I spent nearly $2,000 on her wedding, bachelorette party, and bridal shower alone.

It’s hard to break weddings down purely into monetary costs. It feels inappropriate to put a price on the experience of celebrating a (hopefully) once-in-a-lifetime event with close friends and family.

But I’m going to try.

For eight weddings, four bachelorette parties, and one bridal shower I spent over $5,500.

Here’s a look at what I spent, what it meant, and how I paid for it all.

At the bachelorette party in New York City, we ate the most delicious Szechuan food in the city and sipped fancy cocktails in a speakeasy-style bar. At the one in Charleston, we took a horse & carriage tour, wandered the market, and danced on stage at a local bar. In Nashville, we rented a pedal tavern and rode around singing “Let it Go” from Frozen on the top of our lungs while people on the street gawked in disbelief. In New Jersey, we found a bar with an 80s cover band, made friends with the lead singer, and stayed until last call. I met some truly fantastic women, experienced new cities, and made some great memories.

Money-wise, I flew mostly Southwest and JetBlue, which meant I accrued some frequent flier miles. We also stayed in Airbnbs, which helped keep the lodging costs down and meant we could cook some of our meals at the house. But we also took a lot of Lyfts and Ubers, ate at fancy restaurants, and spent money on silly gifts or treating the bride to dinner.

The only bridal shower I attended cost $487 for both transportation and helping throw the party. It was ice-cream-social-themed, including an ice cream truck that arrived about an hour in and served the bride and groom’s favorite flavors. I stayed with the bride’s parents and took the train up from DC.

Splurging on a jet plane

I didn’t attend a single local wedding, so I had to either fly or rent a car for all of them. I’m lucky enough to have incredibly generous parents, who paid for the flights to family weddings. Without their help, I would’ve spent $1,983.72 for rental cars and flights. Instead, I spent $1,301.72.

And that’s just how much it cost to get to the weddings.

Even though none of my weddings were local to DC, there were three in my hometown of Chicago. That meant I could stay with friends or family for 3/8 of the weddings. Yes, those weddings had “hotel blocks,” but I don’t feel like I missed out on anything by not staying at the hotel, and I probably saved around $500 or so.

Dresses, makeup, and hair (oh my!)

The most expensive dress I had to buy was for an Atlanta wedding. It was a long dress with an empire waist that was about to go out of stock. I am a size 10/12, and yet according to magic bridesmaid measurements I was deemed “plus size” meaning my dress was an extra $30 on top of the $230 price tag. When the dress arrived, it was of course too big in the bust and too long. With alterations, the dress cost $392.19. It’s the most expensive dress I’ve ever bought.

I also paid $139.05 for a David’s Bridal dress and $136 for three Rent the Runway dresses, two of which were for weddings I attended, and one that was a bridesmaid’s dress. Yes, I was in a wedding where the bridesmaids wore Rent the Runway. It was glorious. We spent about $40 on dresses we didn’t have to worry about cleaning or keeping or wearing again.

Hair and makeup ran between $50 and $65 per service (meaning $100-125 not including tip). One of the bride’s mothers was kind enough to cover those services, and the other mothers covered either one service or the entire tip, but it’s still nothing to sneeze at. I did my own makeup at one of the weddings, and still ended up spending about $30 at Sephora. But at least that’s makeup I can take home.

This part may come as a shock, but I didn’t buy a single wedding present. It might make me seem stingy, but in order to spread the costs out, I decided I will send each couple a gift on their one-year anniversary. Since I only have two weddings (that I know of) next year, I’m hoping I’ll have saved up enough where I can buy them something meaningful without worrying too much about the cost.

There you have it: 8 weddings + 4 bachelorette parties + 1 bridal shower = $5,500, which is not money I normally have laying around. Luckily, a few years back I started a travel savings account in which I put a few hundred dollars every month. This year it became my wedding savings account.

I also learned to say no. You’ll notice I only went to one bridal shower, I didn’t buy any gifts, and I did my own makeup at one of the weddings. I tried really hard to cut where I could, while still letting the couple know I cared about them and was excited to be a part of their special day. (Sorry, I couldn’t write an entire article on weddings and not include the phrase “special day” at least once.)

My best advice is to start saving now. Put aside money for other people’s weddings. It might seem strange, but if you really want to be a part of your friends’ and family’s nuptials, it’s not priceless; it’s expensive.

Allison Lantero is a writer and podcast host in Washington DC who spends her free time singing in a gospel choir. Her sister is getting married in July, and she’s already been barred from giving a singing maid-of-honor speech.

1. We Did Good, Billfold
2. Question Wednesday
3. What I Learned From Five Years of Writing and Editing for The Billfold
4. How a Program Assistant Dealing With a New Paycheck System Does Money
5. Classic Billfold: What I Wanted From My Move to Portland and What I Got
bridesmaidssavingtravelweddings