Put It Under Miscellaneous! 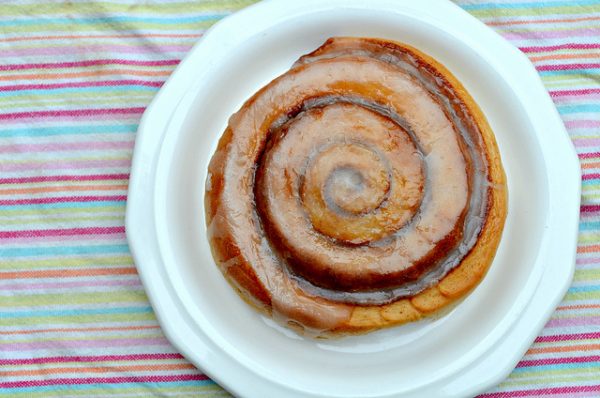 Last year, I cajoled my then-fiancé into tracking his spending as the first step towards putting together a family budget. At the end of that first month, I reviewed his list and incredulously noted he had created a new spending category: Miscellaneous. A haircut, two hours of parking, a gas station danish—all slotted into the same category that, to me, meant nothing.

Last week, Nicole asked Billfolders how many budget categories we have. Scrolling through the comments, I was surprised to see how many lists included Miscellaneous. One commenter even wrote that she had recently combined some categories and now budgeted more for Miscellaneous.

There must be more than one type of Miscellaneous. One type—which my husband was practicing—is a form of budgeting shorthand. It stands in for “the small costs of daily living that don’t amount to much when split out into their own categories, so let’s save ourselves some time and energy and just bunch them together.” The danger with this approach, I think, is slippage. One cinnamon roll from the coffee shop near the office is Miscellaneous. Two or three cinnamon rolls a week is pattern, and probably merits its own category. (“Midterm stress eating?”)

Other people use Miscellaneous for any expense that doesn’t fit anywhere else. I see the appeal; there are always expenses that I struggle to place in neatly defined categories. Many recent examples center around the cost of maintaining our financial lives: getting our taxes done, replacing a lost flex spending card, freezing and unfreezing our credit reports. I’m embarrassed to admit that part of the reason I have not yet frozen our credit reports is that I haven’t figured out where to slot the cost within our budget. Having a Miscellaneous category would have taken care of that excuse. (Maybe we need a “Financial Lives” category?)

The third type of Miscellaneous budgeting reflects of the fact that life can be complex and unpredictable. Possibly the best example of this is parking tickets, which the previously mentioned commenter now rolls into her Miscellaneous category. Our family spending expresses this essential messiness of life by running about 5 percent over, on average. The cause of the overage differs each month—last month, it was an astounding $266 on haircuts; back in February, it was a $350 echocardiogram for the cat. (Seriously, the cat. He’s fine.) I’ve come to accept this chronic, minor overspending as the literal cost of living our lives in the world.

Here is the final note from our October 2, 2016 family budget meeting: “Lindsay will make an updated template for Michael to report monthly spending. No Miscellaneous category.” (Such a romantic statement three weeks before our wedding!) It became much easier to enforce the No Miscellaneous rule a couple months later when we combined our money and I took over all categorizing. We still joke about it, though. My husband will propose getting takeout, or finishing that left arm sleeve, and cry, “Put it under Miscellaneous!” Sweet, silly man: that’s what the Chuckle Money category is for.

Lindsay Woodbridge is a mental health counselor in Madison, Wisconsin. Her family’s budget has 15 categories for spending, five for saving, and three for income—one of which is Miscellaneous.

1. We Did Good, Billfold
2. Question Wednesday
3. What I Learned From Five Years of Writing and Editing for The Billfold
4. How a Program Assistant Dealing With a New Paycheck System Does Money
5. Classic Billfold: What I Wanted From My Move to Portland and What I Got
budgetbudgetingmiscellaneous