The Cost of Going to Concerts Again 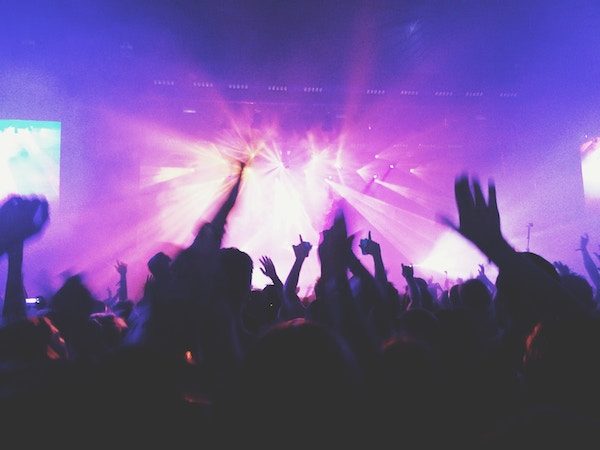 Photo by Abigail Lynn on Unsplash.

When I moved to New York, I spent all of my entertainment dollars on theater. As someone who grew up listening to The Phantom of the Opera in the car in Hawaii as a child, I think I was making up for lost time. I also worked in the industry and wrote a musical theater blog for a few years, so I had opportunities to see shows for free. There was one year when I saw at least one show a week, a total privilege that college-aged me, who watched cabaret performances on YouTube in her dorm, would have happily geeked out about.

For many years, I was horribly out of touch with the pop music scene, save for the little bits I heard if I turned my radio on to the morning zoo while I got ready for work. Any concert I went to was usually a showcase of an up-and-coming musical theater writer’s songbook. One of the few non-musical-theater shows I saw was Fun at Radio City, where I paid $54.65 for a single ticket in the nosebleeds and had a total blast solo.

But in the last year I’ve found myself going to concerts again. It all started when I bought tickets to a show as an anniversary gift for my boyfriend. I saw that his favorite band was opening, and I remembered how he was always looking to see if they were playing anywhere in the city. I immediately started looking into getting tickets.

The tickets themselves were pretty affordable: $25 each. This is comparable to what I’d been paying for musical theater cabaret shows—though a lot of those spaces also have drink or food minimums, which can often make a $10-25 cover skyrocket to a $30-45 per-person night.)

What I hadn’t anticipated were such high service fees. Even though tickets were a decent price, service fees for each ticket came to almost half the price of admission. Luckily, I had years of experience buying discounted tickets for Broadway shows and knew that I could avoid fees by going to the box office. A friend of mine was unemployed at the time and did me a solid by running uptown for me, since box office hours were during my office hours.

We had a great time at the show, though I forgot how short an opening act set can be. They only played for about 40 minutes, but it was all worth it to see the look on my boyfriend’s face as he shouted along to the lyrics and was so clearly in his element. The venue was packed, so we left only a couple of songs into the headliner’s set, agreeing we had seen what we had come to see.

Since then, I’ve gone to a handful of concerts, which is more than I’ve probably seen in the past eight years. We saw another show at the same venue, but that time I was prepared. I took the quick trip uptown to pick up the tickets on my lunch break, and enjoyed the whole show.

Of course, this box office plan doesn’t always work. When trying to circumvent a fee for another venue, I looked up the box office hours and realized they were pretty much only open on weekends in an area that’s a bit out of the way for me. In that case, I justified the $13 in fees because the digital tickets they came with a download of the band’s forthcoming album. All in all, it was just like I purchased the album along with the tickets.

There have also been a lot of shows I’ve wanted to see but couldn’t afford. If it’s a big-name artist, I’ve resigned myself to the idea that I won’t be able to see them anytime soon (I’m looking at you, Billy Joel. So close at MSG, but so far in $$). But there are also other bands I’ve been excited to hear are coming to town, only to look up ticket prices and feel defeated. Just recently, I was looking up the details of Brand New’s recently-announced tour but had to put my credit card away when I saw tickets were over $150 a piece. I think the last time I spent that kind of money on a ticket was to see Equus on Broadway (yes, the one where Daniel Radcliffe dropped trou).

Even the free concerts present their own challenges. During this sweltering summer, a group of friends and I went to see a day-long music festival in the park. Tickets were free, but we were battling the heat in a concrete-laden lot for six or so hours. When we got there, I played the role of concert mom, complete with a tote bag filled with cooler-packed bottles of water, face wipes, and an assortment of my companions’ personal effects that they asked me to hold at various points in the day. I didn’t end up spending any money at the food truck vendors or merch stands, but still ended up paying for the day when I got home nauseous with sun poisoning.

One of my favorite parts of going to see concerts again is getting to discover new music. Some of the opening acts at the concerts I’ve been to have become regular rotations in my playlists. I also like that anytime I hear a new band I like, like the ones I’ve discovered through NPR Tiny Desk Concert entry videos, I can usually seek them out and see them live. This of course does not diminish my love of musical theater; it just widens the scope of my musical repertoire. I’m excited to be attending more concerts and plan to continue the trend—at least, as much as my wallet will allow.

Kimberly Lew is a proud concert-mom and writer living in Brooklyn. www.kimberlylew.com

1. We Did Good, Billfold
2. Question Wednesday
3. What I Learned From Five Years of Writing and Editing for The Billfold
4. How a Program Assistant Dealing With a New Paycheck System Does Money
5. Classic Billfold: What I Wanted From My Move to Portland and What I Got
concertsmusicthe-cost-of-things