How I Budget Around the Jewish Calendar 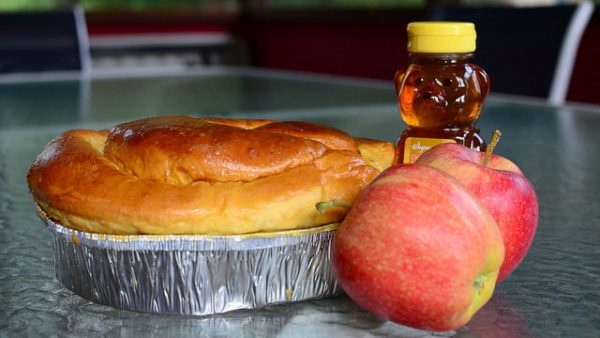 There are many things to prepare for the Jewish New Year at the end of September: Meals to cook, travel plans to coordinate, and, in certain communities, tickets to buy to ensure a seat in synagogue during some of the most packed services of the year. There is also spiritual work to be done. In the month preceding, Jewish ritual aims to prepare us for the reflective period between the beginning of the year (Rosh Hashanah) and the Day of Atonement (Yom Kippur) ten days later.

But this year, the most daunting task on my to-do list has nothing to do with spirituality or community, those noble elements of religion. In between candle-making, schedule-clearing, and infusing honey with herbs from my garden, I’m thinking about how to earn an extra $600 this month. Wait, let me rephrase. I’m thinking about how to make up $600 in lost wages as a result of taking the upcoming holidays off from work.

I squirm a bit as I admit the impact these few days can have on my wallet at the risk of sounding stingy or materialistic, of revealing too much about private matters. I’m especially hesitant to discuss the financials of leading a Jewish life when I know how our people’s relationship to money has been mythologized and weaponized against us. This I learned almost as early as I did the blessings over wine and bread—the beauty of doing as our ancestors did, the hardship our ancestors faced for living as we do.

Growing up, following Jewish custom was not a matter of convenience or practicality. My family observed each holiday and the weekly Sabbaths between them, kept kosher, spoke Hebrew, because my parents believed these practices enriched us. Because they connected us to the culture that birthed us. Because, simply, we were Jews. I recognized that our religious observance required us to go out of our way and sometimes that came with a price. But it would be many years before I’d fully understand what these costs were and, with that, have the power to accept or reject them.

Living on my own for the first time after high school, my observance waned as I reveled in the newfound freedom to opt for a party or a concert over Friday night services. In early adulthood, I explored facets of my identity—the environmentalist, the activist, the builder-fixer-problem solver—outside the realm of my Jewishness, finding spirituality in solitude not community, in nature rather than in ornate, manmade structures. I didn’t feel animosity towards Judaism, but I did keep it at a comfortable distance. So, for the first near-decade of my professional life, religion wasn’t a part of my calculations.

Slowly, though, that began to change. Maybe it was growing food on farms that made me wonder what my great-great-grandparents ate in Eastern Europe, what plants they used to heal their wounds. Maybe it was a tick-tocking biological clock that got me contemplating children and what language I would speak to them. But by my late 20s, I developed a renewed interest in my cultural, and therefore religious, roots; a quiet yearning for the rituals I’d been raised on. Eventually that desire became loud enough that I couldn’t comfortably continue working on days when Jewish law forbade it. Such work-free periods come along quite frequently—every seven days, to be exact, plus a dozen or so holidays scattered throughout the year (this number is higher outside of Israel).

In hindsight, my return to the rhythms of the Jewish calendar one year ago seems gradual, steady, because I have built a coherent narrative to explain it. But as it was happening, the decision to email my boss saying I would not be able to work two shifts in a row due to Yom Kippur, considered by Jews to be the holiest day of the year, marked a definitive moment: when an internal evolution first appeared as an externalized action. It was a long time coming, but I had not planned ahead. Set back $200, I skimped on entertainment, cooked more meals at home, sent out a few extra freelance writing pitches.

Several months passed, during which I avoided working Friday nights and Saturdays. Instead I worked the other six days of the week, so money flowed as usual. But then came spring and, with it, Passover. Another $500 forfeited. With summer, the holiday of Shavuot. $500 more. As I re-accustomed myself to noting Jewish dates in my planner, I started to realize I’d have to apply this same level of planning to my finances. Otherwise, in the battle between my heritage and my paycheck, the latter might triumph out of sheer necessity.

This battle is not a fair one. As a relatively low-wage, hourly, non-benefited worker, every hour lost for religious reasons threatens my ability to pay bills, take a sick day, buy my next plane ticket to visit family. To be sure, this dilemma is most palpable to those who earn less. And when many workplaces shut down for major Christian holidays and other federally recognized observances, the cumulative effect on religious minorities is greater.

I wish I didn’t have to do this math. Perhaps someday I won’t have to anymore. Perhaps I’ll advance in my career enough that a day off here, two days off there, will amount to drops in the bucket. Perhaps.

In the meantime, I track my expenses and set spending goals, knowing that my surviving and enjoying the next holiday depends on it. I request time off months in advance, which signals to me that it’s time to find supplementary gigs in preparation. I won’t say it’s easy. Squeezing in a paid essay or a research study on top of my already demanding workload requires discipline and a bit of sacrifice.

But, though the details of my financial obstacle course are unique, the general principle is the same for all of us who juggle finite time and resources: We weigh costs and benefits. We give up on thing for another. We, hopefully, ask ourselves what really matters and make decisions accordingly.

Observing the Jewish calendar as my family does, as my ancestors have always done, matters to me—more than going out for drinks, more than another summer weekend at the beach. Making space in my life to continue this tradition comes with a price tag, but ultimately that price feels small compared to the cost of abandoning part of my identity. And when I think about losing my culture to money, to capitalism, to dominant Christian, American culture, I want to hold on even tighter.

Sarit Luban is a freelance writer based in Boston, MA. Her work has appeared in The Washington Post, VICE, Salon, Cosmopolitan, and more.

1. We Did Good, Billfold
2. Question Wednesday
3. What I Learned From Five Years of Writing and Editing for The Billfold
4. How a Program Assistant Dealing With a New Paycheck System Does Money
5. Classic Billfold: What I Wanted From My Move to Portland and What I Got
faithjudaismreligionrosh hashanahwork-life-balanceyom kippur