Every Unpaid Internship I’ve Ever Had 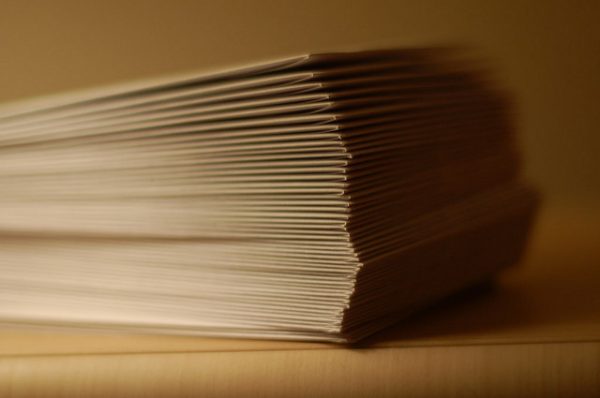 By the time I landed my first full-time job, I was very familiar with many aspects of office culture. I knew how to successfully file things alphabetically by last name. I could make coffee for the entire office without worrying if it was too strong. I knew how to attend a work outing at the bar without completely embarrassing myself.

Over the course of four years, I completed six unpaid internships. This took me through college and into that awkward, disorienting time that is the six months after graduation. My chosen field, entertainment and media, is notoriously hard to break into AND notoriously low-paying. I knew this going in, and I still pursued these internship opportunities, seeing them as a way to “try on” a career before I committed to it further. I also had the financial support of my parents throughout these years, which puts me in a pretty small minority of college students and recent grads. My fitting room of careers was full of options, from indie publishing to startups to non-profit theater. I was just trying my darndest to find the right fit.

The summer after my freshman year of college was technically my only summer off; my school operated on a quarter system and, to make up for two terms that I would assumedly spend working full-time on my co-op program, I had to take classes in the summer. Not being one to ever, you know, relax, I decided to start my quest for professional experience early. I was offered an internship with a small non-profit organization in Philadelphia that organizes playwriting workshops at local schools. The students have the option to submit their plays to the organization’s annual playwriting competition, and select winners receive public presentations of their plays by local professional actors.

Though my official title was “Literary Intern,” I spent most of the summer filing play submissions, doing data entry, and taking out the trash. Since it was my first internship, I didn’t expect much, and I was happy to help an organization that did such great work in the community. Everyone in the office was very kind to me, despite the fact that I was rarely on time for work (I’d blame the regional trains, but it was almost always my own fault). They also put me on the literary committee for that year’s festival, where I got to read and evaluate several plays by middle school students. Trust me, there is nothing more adorable than a middle school student’s play about a chicken.

As part of the aforementioned co-op program, my school required me to take two terms off from classes and work an internship in my field. When I first visited the school, they billed this as a way to offset the costs of tuition, since most students were able to find paying gigs. They also didn’t mention that most students at the school studied engineering and business. I was there for a screenwriting degree.

For my co-op, I took a gig as a literary intern at one of the professional theaters in town. I spent six months reading play submissions, doing dramaturgical research, writing content for their blog, and helping out wherever else I was needed. This last part of the job description usually came into play on opening nights. The theater would host a reception in the lobby of the theater after the show, complete with plenty of donated wine and beer. As one of the few interns over 21 years of age, I was usually on bar duty. I got into a nice conversation with a prominent British playwright at the opening of his play while serving him some of our local brews. The next day, at a roundtable discussion for the staff, he referred to me as “the barmaid from last night.” I’m extremely professional.

Shortly after I got the offer for my co-op job, I also got an offer to work at a feminist magazine in New York that I’d read and loved for years. I had already accepted the co-op gig, but since it was part-time—and New York was just a two-hour bus ride away—I figured I could give the magazine one day a week. The magazine was surprisingly cool with that plan, so every Friday for the next ten weeks, I became intimately acquainted with the Megabus route from Philadelphia to New York.

When I look back on those few weeks, I mostly remember smelly bus rides and nights eating pizza and watching RuPaul’s Drag Race alone in my aunt’s apartment. But this internship was particularly special because I actually got to do the thing I was training to do in school: I actually got to write. I pitched relevant stories to the team, learned how to turn a post around quickly, and edited work by my fellow interns and freelancers. Plus, everyone I worked with was just so cool. They all lived in Brooklyn and shopped at thrift stores and performed with burlesque troupes on the side. I wanted so badly to be that cool after graduation. I’m not sure I’ve nailed it yet.

The summer between my junior and senior years, I trekked out to Los Angeles with a bunch of my classmates in the hopes of landing an internship and breaking into the entertainment biz. At the time, I was also heavily involved in the YouTube community, and wanted to see how things worked on the business side. I reached out to an acquaintance who worked at a small multi-channel network/talent management company in Culver City and made an arrangement to intern there three days a week. I’m not going to spend the time explaining what an MCN is, because honestly, I’m still not entirely sure myself. Wikipedia sums it up pretty well.

I worked mostly on the content side of things, writing blog posts for their vertical sites and scouting talent for the network. It was a fun, creative environment and my supervisors encouraged me to try new things, like creating a style guide for future freelancers. I enjoyed all the perks of the startup life—a dog-friendly office, free lunch on Fridays, a room dedicated to the company ping pong table—but also witnessed the staff shakeups and investor anxiety that came along with it. I’m still not sure if that life is for me.

Full-time jobs in theater are usually hard to come by in Philadelphia, and they were particularly elusive right after I graduated from college. So, instead of getting an office job outside the field or waiting tables, I decided to do something totally sensible and lucrative: move to New York to try my hand at an unpaid internship in TV development. I’m not sure I can count this one as completely unpaid, since they did offer me a stipend to cover meals and transportation. But, as one cannot live off of $25 a day in Manhattan, it makes the list.

The office was a tiny, windowless section of a seasoned producer’s Greenwich Village apartment, and my two co-workers were another recent grad who functioned as the producer’s assistant/director of development and another development exec who was only in the office a few days a week. My days were mostly spent reading and evaluating newly-published books to see if they were worthy of the made-for-TV-movie treatment. The office was almost always silent, particularly when the producer was traveling. When it was over, I promised myself that if I was going to work out of an apartment, it would be my own.

I like to say that I’m “not really a reality TV fan”—I don’t watch the Housewives and I just started following the Bachelor family of products this year. But I grew up in the early 2000s. I was raised on Flavor of Love and American Idol. I know how this game works. So, to supplement my time at the scripted company in New York, I took another internship with a reality—or “non-scripted” as we say in the biz—TV development and production company in midtown.

Despite the fact that reality isn’t really my favorite genre, I think I did some of the best creative work of my career in this internship. I scoured the internet for stories about strange families or people with very specific talents and dreamed up ways that we could turn those headlines into the next Keeping Up with the Kardashians. Every Friday, my fellow interns and I would pitch our ideas to the execs, who treated them with respect and told us to go back to the drawing board when necessary. The company actually had a show in production at the time, and I got to spend a week on set as a production assistant. I still have the paper-cut scars to prove it.

This time around, I knew I needed to find a paying gig when the internship ended. So I worked on cultivating relationships with the managers and assistants at the company, and asked them for help in my search. One of them passed my resume along to her former co-worker at a talent agency in town. A few weeks later I had an interview.

A month later, I finally had an offer for a full-time job.

1. We Did Good, Billfold
2. Question Wednesday
3. What I Learned From Five Years of Writing and Editing for The Billfold
4. How a Program Assistant Dealing With a New Paycheck System Does Money
5. Classic Billfold: What I Wanted From My Move to Portland and What I Got
career historyinternship historywhy networking is important