A Friday Chat About Good Managers 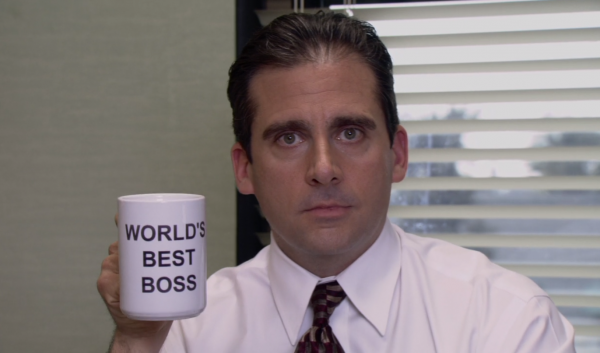 MARISA: Happy Friday! Things are insane here at work, this is my last day because I start a new job on Monday!

NICOLE: Are you excited?

MARISA: Yes, mostly. This is the first time I’ve left a job I actually really like, but it’s a title bump AND a salary bump. So definitely the right move.

NICOLE: For sure. But it’s hard to leave a job you like! You always wonder if you’ll ever have it this good again.

MARISA: In particular my manager, she’s helped me grow so much, and was even very understanding when I told her I was leaving. Well, actually she knew before I told her, because I’m just moving to a different department at the same university and the new people were not too discreet about my application.

NICOLE: Well, I guess it’s all in the family, as it were. Hard to keep that kind of thing secret.

MARISA: My first time making that kind of move, so I guess.

NICOLE: So you’ll be changing jobs, but not, like, commutes?

MARISA: Yep! Lots of positives, because I’m already familiar with a lot of the systems. That was actually some of the leverage I used when negotiating. That, and raiding Ask A Manager for scripts 😉

NICOLE: HAHAHA! Ask A Manager is so great.

MARISA: THE BEST. The negotiation process went a lot smoother. This is my third time negotiating, but the first time I felt like *I* was the cool, calm one.

NICOLE: What was the first time like? Sweaty mess? 😉

MARISA: OH YEAH. My first job out of college was with a private construction firm. They made me an offer and I psyched myself up so much, asked for $8,000 more than offered.

MARISA: The recruiter just told me she’d have to check on it and call me back. I was so ready for her to come back with a lower number, so then I would counter with a middle number, etc. But she just called me back the next day and said “Yep, we can do that.”

NICOLE: WOW. I am so impressed!

MARISA: Thanks! My parents thought I had super powers.

NICOLE: I also think you have super powers. I’ve negotiated before, but never on that scale.

MARISA: I think I just got lucky, had a lot of great female managers at previous jobs/internships who gave me lots of advice and pressure. I remember one made me do a whole mock interview before I left for the summer, just so I could practice. She also told me to drink tequila because it’s fewer calories than beer. I loved her.

NICOLE: I have never gotten that lucky with a manager. One manager at a temp job asked me to do her kid’s homework. I said no.

MARISA: OMG. How did she react?

NICOLE: At the end of our time together she said “when my boss hired you she told me we probably wouldn’t get along, and she was right, but you’re a hard worker.” Which I think was a compliment.

NICOLE: It made sense. She and I had very different interests and came from different backgrounds and we were never going to be “friends.” Also I was a brand-new college grad which came with its own baggage. But I was a hard worker. I stuffed so many envelopes.

MARISA: I believe it! 😀  I never really appreciate how much my manager’s temperament affected how much I enjoyed the job until after I leave. I get very foxhole while I’m there.

NICOLE: Oh, agreed. It took a few jobs until I had a manager I really liked, and then everything was different. Also, totally foxhole. Is there a world outside the job? No. What is that? How could there be?

MARISA: The job I’m leaving was the time I was was like “I really like my manager!” Maybe I feel totally different in a few months, but right now I just feel bad I’m leaving her in the lurch. But as Allison says all the time, that’s just part of doing business!

NICOLE: There’s always a lurch. Otherwise, there wouldn’t be jobs. And I think your manager will understand.

MARISA: She will because she’s great.

1. We Did Good, Billfold
2. Question Wednesday
3. What I Learned From Five Years of Writing and Editing for The Billfold
4. How a Program Assistant Dealing With a New Paycheck System Does Money
5. Classic Billfold: What I Wanted From My Move to Portland and What I Got
chatjobsmanagersnegotiatingno I will not do your kid's homework