The Cost of a Shitty Car 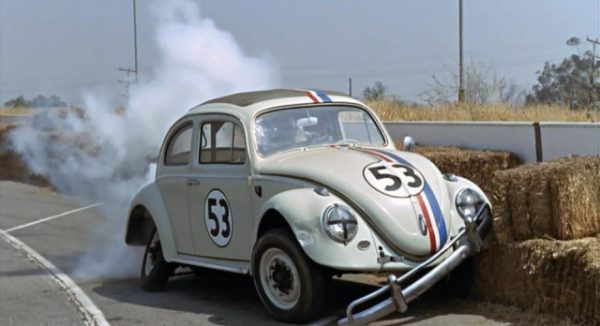 Typically, cars aren’t something I think about—but it’s hard not to notice them in California, where BMVs cut me off daily and people pump gas into Ferraris at the corner Chevron. The last time I considered cars, I wanted something unlike my first vehicle, a 1993 Chevy Lumina with 130,000 miles.

My mom—a single mother with two children—told me that if I wanted a driver’s license, I’d have to pay for the training and log all of the hours. While driving my permit-holding self to and from work, she clutched the grab handle in the passenger seat. Before turning eighteen, I emptied my savings account to buy a used car she insisted was a good deal. The asking price was $3,000, but her co-worker agreed to sell me the car for $1,500, which I had saved over a few years of bagging groceries and pushing carts.

Shortly after slipping on a glittery steering wheel cover and moving my cassettes—yes, cassettes—into Trooper, little things began to break, which was fine. He was old. Between cashiering, shopgirling, and taking four general education classes at the community college, I spent mornings, afternoons, and sometimes whole days in the auto shop, studying textbooks while mechanics fixed whatever was wrong.

When Trooper needed a new transmission, I refused to repair it despite my mother’s urging. She spoke from a place of ferocious survival, which I was too young to understand. I told her I wanted a new car; something dependable this time. So Mom got Trooper, replaced the transmission, and kept the car for my brother. I, at nineteen years old, paid zero down and took home a Honda Civic that saddled me with $293 in insurance and $330 in car payments monthly.

Rexy was more reliable than Trooper, but he was also more expensive. So, after spending a lifetime hearing how delicious waitressing money was, I applied at the new restaurant opening down the street. Because of my perfect score on the personality test, the server manager stored a lot of faith in me. The night of our soft opening, she made me shift lead: the person who works from beginning to end, cutting the floor as the rush ebbs, checking others out for their side and closing work, while their section continues being seated.

Despite growing up in a restaurant (my grandparents owned a mom-and-pop shop), I knew nothing about the difference between scotch and whiskey or vodka and gin. I didn’t know how to use floor plans and cleaning duty lists to piece together the building after it was destroyed by the lunch and dinner rushes. Scrawny, I couldn’t lift a tray of food over my head. Clumsy, I couldn’t balance drinks. They didn’t fire me, but they banished me to bad sections, which I deserved.

Because I had failed the serving-chops challenge and my bills were collecting, I needed flexibility to work as much as I could to afford both Rexy and college—then, when the bills got too high to afford both, just Rexy. Known as the girl who couldn’t be trusted with more than a three-table section, I could count on a hosting shift every Friday or Saturday, our busy nights. I learned from behind the podium, next to the phone. I even hustled a little. Experienced servers paid me to work their door shifts so they could pick up a serving shift; then I stayed for the closing hosts, who paid me so they could drink with friends, considering the night a wash anyway. I helped servers in the weeds come back to life, and sometimes they tipped me extra. Slowly, I proved my worth.

Months later, I finagled my way into a closing bar section, and tables filled. No one complained. No food was comped. I righted the detritus before it became an eyesore. My manager, happily shocked, nodded in approval. When she tacked the next schedule up, there I was: a closer. Needless to say, I could return to school because I, back in good sections, had a chance of paying my bills.

Dropping out of college to waitress full-time proved that I didn’t have the patience—or immune system—for a hospitality career. It made me want to go back to school as quickly as possible and get my degree. To ensure my success, I took out loans the next semester and every following semester, which—like the impulsive car—would punch-out my finances, choke-hold my freedom.

I’m in the group of people whose student loans are so high the number seems mythical. When certain people complain about their loans, they can still confess the sum to others: $12,000, $20,000, $35,000. When they do, I tell them that my debt ate their debt for lunch. What’s frustrating is that, other than the new car, I did everything “right.” I attended community college, transferred to a state university, lived at home. When I moved out, I found roommates. All while working full-time. After college, I worked two jobs while applying to graduate programs. I earned a teaching assistantship with a full tuition waiver for three years at a flagship university. I paid Rexy off months before driving him to Morgantown.

Even though I loved my new car, I kept hitting things with it (curbs, dumpsters, snow piles). No people, thank goodness, although sometimes people hit me. A woman teaching another woman to drive before explaining how to brake. A man who T-boned me, then gave me false insurance.

After a handful of account-draining deductibles and car insurance that finally decreased, parallel parking got the best of me. While trying to squeeze into a spot downtown, I scraped the right side of my car on a truck’s chrome bumper. Miraculously, the truck remained pristine. However, my car was anything but. At this point I was at the same place with Rexy that I had been with Trooper: I was not going to pay any more money to fix this car. I vowed to drive Rexy, as he was, until he disintegrated.

After graduating with my MFA, I got a job in Pittsburgh, a fifty-minute drive from my apartment. My then-boyfriend lived in the city. I mostly stayed with him. Twice a month I drove to fetch a new hamper of clothes in West Virginia, which isn’t equipped for winter driving. I’d take the winding cobblestone road leading to my apartment at five miles per hour. Without snow plows, I drove in the tire marks of others, the ice grating against Rexy’s underside. Eventually, the scraping knocked a bolt loose, making Rexy sound souped-up without the performance exhaust.

One night, a neighbor approached me when I arrived home late. “Are you ever going to fix your car?” she asked. Her breath sent up clouds in the freezing night. Humiliated, I nodded. “When I get my tax refund,” I said. She, the lady who hacked in her driveway all day, stared at me. Luckily, a family of deer appeared in the lawn across the street. “Look,” I pointed, and ran inside.

Owning a shitty car includes some perks. Other drivers give you space in parking lots and on the road. If your car is cheap enough to be fully paid off, you have no car payments and low insurance (assuming you’ve outgrown hitting inanimate objects).

My first humid Pittsburgh summer, the air conditioning blew hot gusts at me, so I had the coolant changed. The air was tepid at best—probably a hole in the coolant tank, the mechanic explained. I declined to fix it and put a folding fan in my glove compartment.

Fourteen years later in the Californian valley, where summer temperatures surpass three digits, it’s me, Rexy, and my fan. People at intersections laugh and smile at me, and laughing and smiling is—you know—infectious.

Recently, a piece of plastic in Rexy’s front wheel well fell down, hanging between tire and metal. With the windows down, I hear it. At 55 miles per hour, it sounds like the wind whipping through a pinwheel. It brings me incredible joy.

These days, I avoid highways. Interstate or not, I hoard the slow lane whenever possible. There is usually ample curb and ditch to drive into should Rexy croak. Other things I do in case he dies: use the bathroom before I leave, keep water in the car, and never fill my gas tank. It feels presumptuous, jinxy.

Owning the same car you drove as a teenager means occasionally engaging in an adolescent-level ugly cry. A recent job layoff coincided with a safety inspection renewal, which I failed in four ways. With a week to remedy a broken tail light, turn signal bulb, automatic window, and windshield wipers, I called my fiancé, sobbing in the parking lot. Luckily, I had the money (about $500 in savings) to make Rexy legal, but I was furious that I needed to invest more money in my shitty car, that I would soon be jobless, that my window didn’t roll up to conceal my flushed face, that the AC was broken so I was tears on top of sweat. But I had that $500 in my savings account because I hadn’t had to spend it on a car payment.

Since Rexy’s future is iffy, it makes servicing him problematic. Due for an oil change, I asked the service advisor for an inspection because I heard squeaking under my car. He returned with a stapled estimate. Staring at four figures, I asked him for time. I talked to my partner. He picked me up on his way home while Rexy slept, opened up at the shop, awaiting care.

Accepting my car’s mortality, I decided on no regrets. I’ll save for a down payment on a new car, fix only what is necessary, and hope for the best. Because my brake pads were as “thin as fingernails”—just 1 millimeter, the mechanic told me—I replaced the front ones because they do most of the stopping. I serviced my battery because sometimes it takes a few turns of the key to start Rexy in cold weather.

At my insurance agent’s office, I pussyfooted between full coverage and PLPD. We Kelley Blue Booked my car’s cash value—$3,394—but downgrading insurance felt like another jinx. Until I can’t receive a return on my deductible, I’ll keep Rexy fully insured. After all, he is my baby until he’s dust and scraps.

By day, Connie Pan works an 8 to 5 for money. By night, she contributes to Book Riot, serves as the senior editor of Ms. Aligned 2, teaches children poetry, and revises her novel manuscript. Her writing has appeared or is forthcoming in Carve, PRISM international, The Fiddlehead, Rosebud Magazine, and Bamboo Ridge. Follow her on Twitter @panlikepeter.

1. We Did Good, Billfold
2. Question Wednesday
3. What I Learned From Five Years of Writing and Editing for The Billfold
4. How a Program Assistant Dealing With a New Paycheck System Does Money
5. Classic Billfold: What I Wanted From My Move to Portland and What I Got
carslife-lessonsstudent-debt