The Billfold
Music and Lyrics

How Characters in The Decemberists’ Album ‘Picaresque’ Do Money 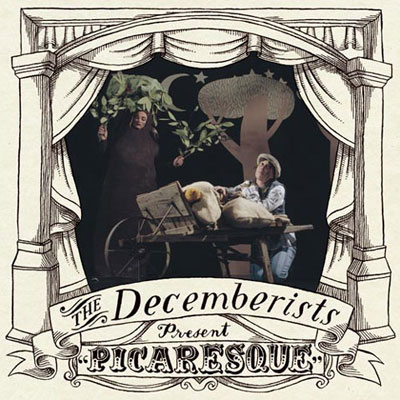 The Infanta: Daddy’s money, which he got through a combination of inherited wealth and taxation.

We Both Go Down Together: Daddy’s money.

Eli, the Barrow Boy: Ghosts don’t really “do money,” but before he died, Eli sold various objects out of a wheelbarrow. (Did he just throw the coal and the marigolds in there together? It doesn’t seem practical.)

The Sporting Life: Daddy’s money. Also, this song is clearly written from the perspective of a teenager who is drafting his “how I overcame a hardship” college application essay. He won’t get any scholarships for this one, and his father will still not be proud of him.

The Bagman’s Gambit: Government work. Not enough to afford Washington, DC rents, but enough to pay the occasional bribe.

From My Own True Love (Lost at Sea): This woman is stuck in a small town with no prospects, so… LuLaRoe, probably.

The Engine Driver: This guy can’t hold down a job, so he decides to become a writer. Hope that works out for him.

On the Bus Mall: Sex work.

The Mariner’s Revenge Song: Janitor at a priory, then sailor. Currently has no need of money because his body is being digested by a whale.

Of Angels and Angles: These people are in the middle of drowning, okay? Leave them alone.

1. We Did Good, Billfold
2. Question Wednesday
3. What I Learned From Five Years of Writing and Editing for The Billfold
4. How a Program Assistant Dealing With a New Paycheck System Does Money
5. Classic Billfold: What I Wanted From My Move to Portland and What I Got
either five or six people drown during the lyrics of this albumghosts don't do money they boo moneymusicpicaresquethe-decemberistsyes I know that's not what sporting life or engine driver are really about this is a joke post