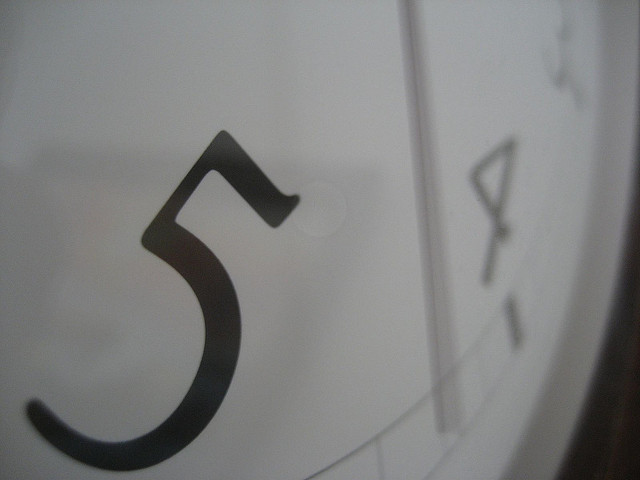 Last month, I realized that I had just made the 60th payment on my federal loans. That would be unremarkable, except that I am now halfway done with the 120 payments required to qualify for student loan forgiveness under the Public Service Loan Forgiveness Program (PSLF). I’ve been working in a public service position for over five years and have benefited from having my consolidated federal loan payments reduced under the Income-Based Repayment plan (IBR). My payments have been set to 15 percent of my discretionary income, which has worked out to about 8 percent of my actual income. The five years of payments have flown by, and each year has brought new people into my life, new lessons learned, new adventures… but the same old debt.

My first year working in public service was also my first full-time, fully-salaried job after graduation. Up until then, my loans had been in deferment, and while I knew that I had six figures of student loan debt (at a state school, thank you expensive New England), I didn’t know what the payments would look like, nor what my monthly income would be. I’d seen taxes and Social Security seen taken out of my paychecks at my part-time jobs, but now I had health insurance, retirement, and a host of other deductions. I am beyond thankful for my reduced student loan payments under IBR. With the reduction, while the payments were still high, I had more wriggle room for learning how to budget with food, debt, social activities, and the high Boston rents.

I like to joke that my spouse married me and my student loans. More specifically, he married me and my repayment plan. We discovered just how true that was when we filed our taxes a few months after getting married. IBR is based on the income reported on your federal tax returns. If my spouse and I filed together, it would have doubled my income for the program and increased my monthly payments. Instead of a joint return, we were “married filing separately,” and it was quite the learning experience. Did you know that if one spouse takes the standard deduction, then the other one has to as well? I did not. I also had to disregard all the student loan interest deductions and donations I was tracking and had reported in the past. Taxes were never my strong suit, and they got a lot more complicated with our new filing status.

Public service jobs are much like regular jobs. You carry a heavy workload, deal with stressed-out customers, report to management, and work with deadlines and quotas. In my third year, all those things piled up, and my sixty-minute commute getting extended by half an hour due to construction was the cherry on the top that had me looking for something new.

Like any job seeker, I sent out a thousand resumes, went on a hundred interviews, and got one offer (kidding on the numbers, but only a little). The position was in a related field where I would still be employed as a public servant—but, since I didn’t have the direct experience for the position, I would have to take a paycut and start lower on chain. IBR payments are typically set once a year based on the income reported in your federal taxes. However, the program also allows for a recalculation on payments in the event of a significant change in income. Knowing that my loan payments would be reduced along with my salary was a factor that helped me take the job. We packed up our apartment and moved west with our two cats for this new job opportunity.

Despite being avocado-toast-loving Millennials, my spouse and I decided it was time to buy a house. To determine what we could afford, we did the simple math of looking at our income versus expenses. Our major non-housing expense was, of course, my student loans.

My IBR payments are still high compared to what many other people pay per month on their loans. Despite those payments, the mortgage calculators online showed that we should be approved for a mortgage that would allow us to afford a modest home in our area. Our mortgage company thought so too at pre-approval, but we encountered a hiccup at the actual underwriting stage. Despite my payments being reduced under IBR and having the possibility of forgiveness after six more years under PSLF, the mortgage company had to underwrite the mortgage as if I were making the higher payments on my student loans to pay them off in the standard ten year period. This increased the monthly debt calculation significantly.

For me to follow the standard payment plan, my loan payments would increase by about $1,000 per month. Luckily, we had no credit card debt, no car payments, and my spouse had very little student loan debt himself, so we were still able to meet the underwriting requirements to afford the home we desired.

We’ve settled into our home, adopted a dog, and have started planning for the next big thing to come our way. We’ve figured out how to maximize our tax deductions while filing separately, we follow a budget that makes room for both savings and dinners out, and we have completed some minor renovations on the house. I am now officially halfway there to forgiveness under PSLF, but I am also (as the lyric goes) living on a prayer.

There have been some discussions lately on whether the current administration will cancel the PSLF program. If that were to happen, decisionmakers seem to like the IBR program, so even with PSLF off the table, at least my loans won’t triple overnight. My other worry is whether my job will be around for the next five years. While politics can and do have an impact on every sector of the economy, it’s a strange feeling to watch the news and learn that your job is a bargaining chip in budget negotiations. I like my job, I like working for the people, and I also like thinking about renovating my kitchen and opening an IRA once I don’t have these student loan payments anymore.

Ten years and 120 payments sounded daunting, but now that I’m halfway there, I can almost see the top of the hill. There’s some uneven terrain ahead, but after the first five years, I’m much more confident in my abilities to tackle what will come. Here’s hoping for more new friends, experiences, and opportunities for growth in years six, seven, eight, and nine—and the chance to say goodbye to the debt in year ten.

Jennifer Sharrow is an attorney and development specialist living in Western Massachusetts. She likes budgets, zoning, and posting pictures of her dog and cats.

1. We Did Good, Billfold
2. Question Wednesday
3. What I Learned From Five Years of Writing and Editing for The Billfold
4. How a Program Assistant Dealing With a New Paycheck System Does Money
5. Classic Billfold: What I Wanted From My Move to Portland and What I Got
debthalfway-therestudent-loans