Boozin’ on a Budget 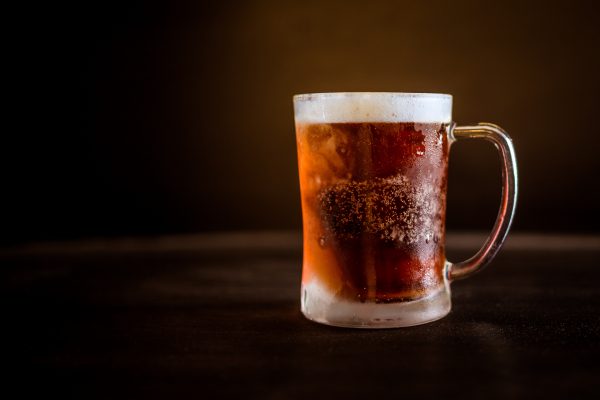 Photo by Patrick Fore on Unsplash.

I fall squarely on the frugal end of the spectrum when it comes to money matters. However, I am by no means a square and know how to have a good time — but on a budget, of course!

Here are some of my tried-and-true methods to keep my alcohol spending roughly in between some of life’s other necessities, like air (free) and international plane tickets (getting prohibitively more expensive by the day):

Drink less
The less you drink, the less you spend (duh). I have gotten better at this as I’ve gotten older and am less excited to spend the next day hungover and watching reality show marathons (sometimes I’m astonished at my maturity). I make plans with friends that don’t involve bars or restaurants, and have gotten really good at nursing one drink all night or drinking copious amounts of water (something I should do anyways). Of course, just a few years ago these suggestions would be anathema to me, which is why you can then employ any of the following:

Pre-game
Beloved by college students everywhere, I have often utilized this technique to save some dough at concert venues, major league baseball games, and New York City bars. Living the post-college dream of residing in Manhattan, I developed the perfect method to kill time on my subway ride and arrive at my destination with a slight buzz. The Subway Drinking Game was quite simple:

Repeat step (3) until final destination. This could get dangerous if I ended up on the local subway, which stopped every 10 blocks for the entire length of Manhattan. But, inevitably, I’d wind up at my friend’s doorstep in Greenwich Village at the ideal state of inebriation and desperately having to pee. Variations of the game are endless, like on road trips through Nebraska (but, not if you’re driving!).

BYO…
Beer, wine, champagne, Bloody Marys. Obviously, this is a no-brainer for potlucks, picnics and restaurants that charge nominal corkage fees. But if you’re really stingy and don’t mind being just a little bit sketchy, you can also bring your own alcohol to bars, restaurants, music festivals that charge exorbitant amounts of money for a Coors Light, etc. Remember — flasks are your friends — to doctor up a soda purchased at said locale or to take furtive nips in the bathroom. I even had a roommate who brought mini-bottles of coffee liqueur for his cup of joe to the dive bar that served $2 breakfasts. Brilliant.

Drink (cheap) beer at the bar
If there is a drink in front of me, I drink it and then want to keep drinking (social crutch, probably). Which is why I eschew mixed drinks, in favor of beer. And often, cheap beer. Hipsters have made PBR cool (or ironic, or both), but there are plenty of decent yellow water varieties (I’m partial to Hamm’s) plus an ever-growing list of microbrews. Almost always, beer is cheaper than wine or cocktails, and you get more of it! That’s value, people. However, I’m a sucker for libations with ginger beer or infused liquor — I’m all for splurging on one of those, but that’s when I follow the first tip (drink less, in case you forgot).

Cash only
Whether you’re following all or none of the above tips, this one comes in handy. It’s been said before, but pay for drinks in cash, round by round. And, if possible, bring a set amount of cash ($20 is usually my set amount). You will be less tempted to buy the entire bar tequila shots and you’ll know exactly how much you’ve spent. When the cash is gone, order a water and revel in your maturity — your bank balance and your liver will thank you.

Dana Beck likes cheap beer and treehouses. She lives in Oregon, where she has learned to re-wash plastic sandwich bags.

1. We Did Good, Billfold
2. Question Wednesday
3. What I Learned From Five Years of Writing and Editing for The Billfold
4. How a Program Assistant Dealing With a New Paycheck System Does Money
5. Classic Billfold: What I Wanted From My Move to Portland and What I Got
boozedana-beck