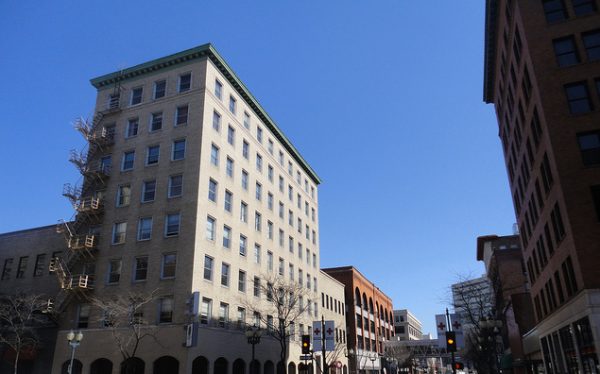 Sooooooooo… wow, where do I even begin with this.

This summer, Cedar Rapids was… home to? I don’t want to say “hosted,” because that would imply the city was responsible, so maybe I’ll just say there was this festival. The event was called newbo evolve (yes, all lowercase), and was backed by non-profit tourism company GO Cedar Rapids. It was supposed to be a kind of South by Southwest by Midwest, and featured guests included Kelly Clarkson, Maroon 5, Christian Siriano, and John Waters.

Like many first-time festivals (Fyre Fest, DashCon), newbo evolve had some issues. I was out of town that weekend, so I missed the whole thing — I mean, I didn’t miss the part where they painted the word “evolve” onto the side of Mount Trashmore, but I wasn’t around for the event itself.

I was around for the part where the checks started bouncing.

To quote the Cedar Rapids Gazette:

Days after newbo evolve, which was held Aug. 3-5, the board of directors announced the event lost $2.3 million and [GO Cedar Rapids chief executive Aaron McCreight] and Scott Tallman, creative director for newbo evolve, had been fired. The board acknowledged some vendors had not been paid and, while not getting into specifics or mentioning bad checks, said the organization is committed to paying all parties who are owed money.

That article was published on August 28. The next day, the Gazette had an update:

GO Cedar Rapids worked with its bank to recall $300,000 worth of checks written to vendors involved in the newbo evolve festival to avoid overdrawing its account, the tourism bureau acknowledged Wednesday.

The update noted the distinction between a recalled check and a bounced check, but subsequent articles continued to refer to the payments as “bounced” — and there were many, many articles — so I will too.

Now it’s October, and the newbo evolve fallout is still falling. I won’t get into all of the twists and turns of this story, but I will suggest you read two recent Cedar Rapids Gazette articles in full: John Waters: Cedar Rapids mayor’s comments ‘amazingly entitled’ (in which Waters states “only a clueless politician could think $15,000 was a small amount of money”) and Unpaid ‘newbo evolve’ vendors face few legal options.

So that’s what’s been going on in my adopted hometown. I’d hesitated to write about it before now because 1) it was still going on and 2) I’m still the new person in town and didn’t really want to pass a bunch of judgment, but after I read that John Waters quote about people who think $15K is a small amount of money, I knew it was time to discuss this story with The Billfold.

1. We Did Good, Billfold
2. Question Wednesday
3. What I Learned From Five Years of Writing and Editing for The Billfold
4. How a Program Assistant Dealing With a New Paycheck System Does Money
5. Classic Billfold: What I Wanted From My Move to Portland and What I Got
bounced checkscedar rapidsfestivalsjohn waters