How a Government Attorney Who Loves Travel Hacking Does Money 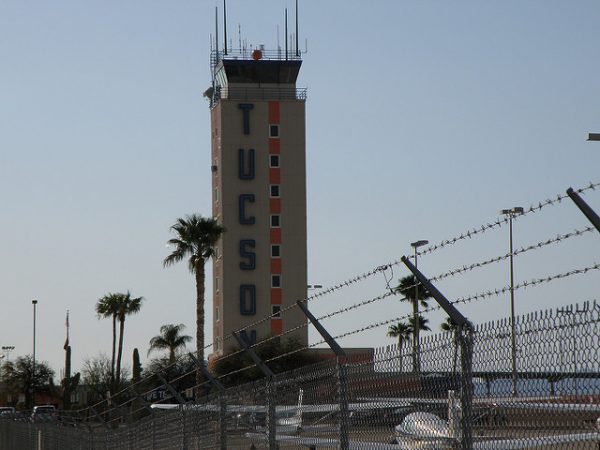 Samantha (not her real name) is a 33-year-old government attorney in Tucson.

So, Samantha, how much are you making?

$96,000, though that will go up once our pay increases process sometime at the end of June. It’s the blessing and  curse of government jobs: up to a certain point, pay increases are more or less mandatory, if you get a good enough annual review — but it’s not going to be the pay increases of the private sector, for the most part.

For sure. Did you pick the government sector, or did it choose you?

After law school, I went to a mid-sized firm and aggressively paid down my student loans, pretty much putting half my salary to my loans every month. Once I paid off those loans — which were about $140K, if I recall correctly — I started thinking about what else I might want to do, as the world of billable hours and striving to get business development to make partner sounded… terrible.

There was a rare government opening when I started to look for it, so I went for it, even though it cut my pay in half.

I have heard that government jobs can be hard to come by!

My coworkers and I joke that no one should have to be a lawyer, but if you made that mistake, at least this gig is at the top of the (crap) pile.

Okay, I have to ask — I mean, first I have to congratulate you on paying off your student loans, because that is IMPRESSIVE, but I also have to ask: if you had gone the government route first, would you have been eligible for PSLF?

Yes, I think so — though it would require 10 years and even then, seemed somewhat tenuous. I think there is an application process, so it’s not even automatic.

Right. And it’s confusing, and not everyone who thinks they’re going to get their loans paid back will. So you may have made the smarter choice to just pay them off.

The other thing is that it is very rare to get this job straight out of law school (or a clerkship, in my case). I graduated in 2009, clerked until 2010, and it was basically the worst possible time to try to get a job.

I sent out literally hundreds of resumes, to government jobs and firm jobs, and very often got the response, “oh, in any other year, we love to hire judicial clerks, but we have no dollars, bye!”

And I’m guessing that when you found your job, it was at a lower salary than it might have been a few years prior?

Yes, though I think the main thing most firms did was to just cut jobs and keep the starting salary the same, but employ fewer people. My firm did the opposite. Either way, not ideal.

I do still have a little bit left on a student loan from college, but it’s at some absurdly low percentage, so I just pay the minimum and let it ride.

The Value of Debt in Building Wealth! Okay, so let me ask you where your current salary is going. What are your expenses, and how much do you save?

So I pulled up my Mint and my pay statements for just this purpose! I max out my 401(k) equivalent, and have a mandatory contribution to our pension system apart from that. I have a bit of life insurance, max out my HSA, and then have usual insurance, all of which is taken out of my paycheck pre-tax. My deductions are about what I end up getting in net pay. (Recently I reduced my withholdings, so now I end up with slightly more in net pay than in deductions, but it’s still close.)

From what’s left over, my big three spending categories are rent, food and dining, and travel. Apparently I spend an average of $654 on food and dining every month, which I find alarming (just like everyone else on The Billfold).

I also spend an average of $619 per month on travel, though this year has been especially travel-heavy. But my rent is cheap ($800, and my partner pays half), so that allows for… frivolity, I suppose.

I pay for my family plan for my mom and my cell phone, which is not cheap, but I’m still holding onto grandfathered unlimited data — and even though it’s not trendy among the youth, we have cable, because we like sports and television generally.

Really! I thought everyone else got rid of unlimited data years ago. You must have been grandfathering for a long time.

Yes indeed. I keep thinking of changing, but the new plan also requires autopay via a bank account, and I am a points and miles junkie so I don’t want to miss out on my 5x bonus for utilities spending.

Which card gives you 5x for utilities?

Chase Ink, it’s a business card. Utilities is probably the wrong word, but at least for cable and for internet/cell phone services.

Oh, got it. I have a Chase Ink and that makes more sense. But tell me more about the miles and points! How did you get into that?

A guy I went to law school with decided to forgo the pesky business of being a lawyer and start a miles and points blog. From the time I was pretty young, I was always an avid frequent flier points collector, though it was mostly Southwest — which, by the way, I really miss the days of 16 one-ways and you get a free flight. This revenue-based system is not nearly as good for leverage.

But right, so this guy’s blog introduced me to the idea of signing up for credit card bonuses as a way to amass points. Given my love of travel, it definitely piqued my interest. Even in the past five years, it is not as good as it once was, but I will still be that annoying person at parties that will proselytize on transfer bonuses and get a twinge when someone uses a debit card at a restaurant.

At this point I only use my debit card because it’s cheaper than the ATM. Everything else had better come with rewards!

Too true. This is part of what bumps up my travel category on Mint, though — I’m always the person to volunteer to book the hotel or flights or whatever it is, because points! When I’ve gone on trips with my partner, I’ve made him be the cash person, and I’ll get the upfront costs. Works out well.

Where do you like to travel, and how much do you generally save?

I like to travel pretty much anywhere — this year I’ve got three pretty big international trips, which is exceptional, as it’s not usually that much. I have a skiing season pass so I end up traveling to Denver and Salt Lake pretty often with my skiing friends.

If I have to travel for work, I usually try to make a trip out of it. I’ve got upcoming travel to DC, Colorado, Kansas, and am staying the weekend for at least two of those. Both my college and law school tend to have their graduates end up all over the place, so I have a pretty well distributed number of friends I can call upon to hang out if I’m going to be in their city or nearby.

Related to the miles and points interest, I love a deal — and that has been true since I was young. I was always my family’s travel agent. I will usually plan my international trips around where I can find something for cheap: France for $400, Iceland for $400, Thailand for $700, all flying out of Arizona. My best deal to date: DC to Ireland for $277.

And then I use points on the other big international trips.

So those prices were before points?

Oh yes, that’s cash. The best points redemptions are for international business or first class, though I’ll also do domestic flights that are unreasonably expensive but low miles.

That makes sense. I’m used to using up my points on whatever flight I’m purchasing and paying cash for what’s left over, but I could be a lot smarter about it.

Yeah, points as an exchange for dollars usually isn’t maximizing your value, which is also why I tell people to transfer their Chase or Amex or Citi points to an airline rather than just using the portals they have. But it does take more time and planning, and not everyone gets their thrills from this variety of gaming the system.

Fair enough. If someone were interested, how could they get started? Points/miles blogs?

Yes, definitely the way to go. Most credit cards will give you bonus points when you open them, so you might be opening up multiple credit cards, which is scary for many people, I know.

I have a sort of interesting position where many of the people I know from college and law school are making pretty obscene quantities of money: $500K a year, bonuses larger than my annual salary, what have you. (A guy from my college thesis seminar founded Pinterest, which put into pretty sharp relief anything I was doing in my life.) But then my friends locally are mostly teachers or writers or academics, so by comparison, I’m making buckets of money — and I don’t want to be all, let me rub in how I’m flying first class on Etihad! Even though it’s really just the success of points manipulation.

By the by, #redfored all the way — it’s criminal that experienced teachers are making $900 a paycheck and buying all their supplies.

I had several friends who shared their detailed salary information on social media to counter this impression that teachers are greedy or whatever other nonsense the Koch brothers are putting out. It was eye-opening, and it also proves the point that salary knowledge is power!

Salary knowledge, points knowledge, reality of paying off student loans knowledge… all of it gives you the advantage. With that in mind: what advice/knowledge would you like to share with Billfold readers?

It probably seems counter to everything I just said about points and travel deals, but my personal financial motto is set it and forget it. I will put everything on autopay that is humanly possible, including my bank sending a physical check for my rent. Maxing out my retirement, HSA, whatever else. It’s much less painful to budget when you don’t see the money to begin with, and autopay takes the risk out of opening up credit cards and making sure your bills get paid on time. Plus, as a #millennial, the more I can do via the internet without having to interact with a person, the better.

1. We Did Good, Billfold
2. Question Wednesday
3. What I Learned From Five Years of Writing and Editing for The Billfold
4. How a Program Assistant Dealing With a New Paycheck System Does Money
5. Classic Billfold: What I Wanted From My Move to Portland and What I Got
doing-moneyinterviewstravel