How I Went From Journalism to Software Implementation 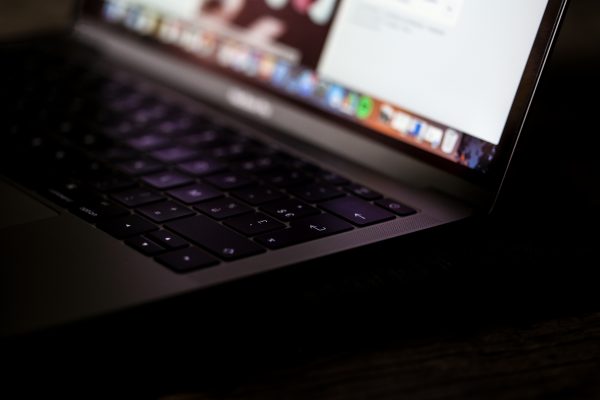 Photo by Alexandre Godreau on Unsplash.

The last time I talked to a recruiter, she asked me what my bachelor’s degree was in. When I said “Journalism,” she replied, “Oh, bless your heart. I bet you never thought when you were studying journalism that you would end up in software implementation!”

She wasn’t wrong. When I was in college during the pre-recession years, staying up past midnight every Sunday and Wednesday to put out the student newspaper and riding my bike across town to cover school board meetings, I didn’t even know what “software implementation” was, let alone that I would ever need to consider another career path besides journalism. I was one of the top students in my major, and it felt like such a good fit for me; I couldn’t imagine working anywhere else. A copy editor who had once given a talk to one of my classes said people in her position “can move anywhere and find a job,” so I figured I was set for life.

And at first, I was. I found a great copy-editing job fairly quickly after graduating in 2007; it paid $27,000 a year, a kingly sum to me at the time. Never mind that the job was in a different city and took me away from my boyfriend, who was still in school; never mind that my car, a purple Kia Sephia I’d found on Craigslist and paid $3,000 cash for, had a busted radiator and a passenger-side door that wouldn’t stay closed when it was cold outside; never mind that the news reports I heard on NPR during my commute were sounding more and more alarm bells about the coming economic decline. I had made it! I was Doing Journalism Professionally! Surely nothing could stop me from living out my dreams for the rest of my career, right?

A year later, in 2008, my boyfriend decided to go to grad school in Wichita, Kansas, and I decided to move there with him. I left the copy-editing job on good terms, figuring I’d find something else quickly enough. A year after that, my former newsroom cut its staff in half, a trend reflected by many other media outlets around the country. In the meantime, I hadn’t been able to find another full-time job in the industry. The recession was in full effect by then, and newspapers were particularly hard-hit as local businesses cut their advertising budgets and readers cancelled their subscriptions to save a few bucks.

For a few years, I strung together a bunch of freelance gigs, writing content for the local newspaper, a few low-budget “lifestyle” magazines, and even some content farms. (I also took on several side gigs, including substitute teaching and sports team photography — both great ways to learn that working with kids wasn’t necessarily my thing.) I was dying to either return to my roots in copy editing or get a gig as a “web producer” (the people who manage a media outlet’s website), but job openings were few and far between, and every position had hundreds of applicants. Meanwhile, my friends who had managed to hang onto their journalism jobs lived in constant fear of being laid off and were even subjected to the occasional furlough or pay cut — and they hadn’t been making a lot of money to begin with. At some point, I began to wonder why I was so desperate for a job in a field where the laws of supply and demand didn’t seem to apply: why so much competition for low-paid positions with no guarantee of job security?

In 2011, we relocated again, and I found a full-time job writing proposals and web content for a staffing company. Although I continued to freelance occasionally, the opportunities to do so were fewer in Cincinnati than they had been in Wichita, and after a while I lost interest in freelancing altogether. So I officially hung up my stringer’s hat and tried to look to the future, which led to signing up for a Girl Develop It class.

GDI is an organization that teaches women (and other people, but their mission is primarily focused on closing the tech gender gap) to code. I had always fancied myself an amateur web developer, having taught myself HTML in the late 1990s so that I could build a cool GeoCities website, but my skills had never progressed far beyond that. I convinced my current employer to pay for the class under the guise that it would help me manage the company website, which was true, but what I actually got out of it was way better than that; after the four-week session, the teacher got in touch to ask if I wanted to apply for a position as a project manager at the company where she managed the development team.

Project management is one of those jobs that almost everyone does at some point, but you don’t really know it exists unless someone points it out to you. If you’ve ever led a group project in school or helped your department organize and delegate tasks, that’s project management. In my interview, I compared building software applications to putting out a newspaper every week: there are deadlines to hit, checklists to complete, budgets to stick to. I got the job. It was very Silicon Valley: a cool downtown office with no dress code, hip coworkers, beer-and-pizza Fridays, and a lot of intense clients and stressful deadlines. Eventually I changed roles to become a business analyst, another job I didn’t know existed but that was also perfect for someone with a journalism degree: via interviews and other forms of information gathering, I wrote and edited requirements documents that developers used to build websites.

After a few years, I left for a job at a startup doing the aforementioned software implementation, meaning I set up my company’s software for new customers. Although I never became a full-fledged developer, I’ve picked up quite a bit of technical literacy in the past few years, which allows me to quickly understand how different applications work and how to train others to use them. That kind of aptitude (which I call “soft tech skills,” for lack of a better term) lends itself well to my position — yet another job I didn’t know existed until a hiring manager reached out to me about it.

These days, not only is the economy better than it was at the beginning of my career, but the leap to tech also afforded me a much better salary. And though startup life is always a little shaky, I feel pretty good about my current job security. However, lately I’ve been feeling the pull toward something different.

Throughout this second phase of my career, there has been a (mostly accidental) common thread: I’ve worked for and with a lot of human resources professionals. I’ve developed a sense of the different roles HR departments have and what they do every day. Also, I’ve had a few unsavory experiences while working for small companies in a male-dominated industry, and I’ve been thinking that I’d like to play a role in making those kinds of situations better for others — maybe as an outside consultant to small companies that can’t afford a full-time HR representative.

So I’m exploring what it would take to make yet another career change, and trying to decide whether I even want to. Now that I know there are lots of jobs out there I’ve never heard of, the possibilities seem endless, which is simultaneously exciting and daunting. I’m in my thirties now, with a spouse and a dog and a mortgage, and my inner adult is telling me I ought to stick with what I’ve got — that I really don’t have anything to complain about. Most days, the adult wins out. But what made me want to be a journalist in the first place was my strong sense of curiosity, and so I remain curious about what else could be out there.

Steph Barnard lives in Cincinnati with her husband and pets. You can follow her on Twitter and read about her Midwestern life and weird pop-culture obsessions at The Flyover.

1. We Did Good, Billfold
2. Question Wednesday
3. What I Learned From Five Years of Writing and Editing for The Billfold
4. How a Program Assistant Dealing With a New Paycheck System Does Money
5. Classic Billfold: What I Wanted From My Move to Portland and What I Got
business analystcareer change seriescareer-changecareershrjournalismproject managementsoftware implementationweb development