Did I Get Value for Money From My Memberships in 2017? 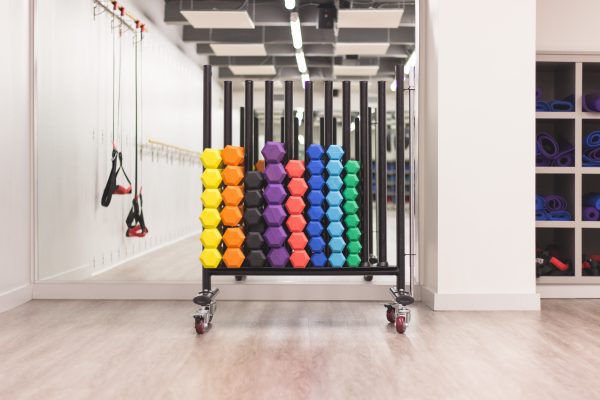 Photo by Ricardo Estefânio on Unsplash.

Since 2014, I have been keeping a budget spreadsheet that tracks all of my monthly income and outgoings. It helps me to identify areas where I need to cut back spending, decide how much money I can move into savings, and other useful things. However, I realized that while I monitor my miscellaneous spending quite closely, I never really think about the various memberships I pay for by monthly direct debit, or other regular expenditures like yoga classes. I log these in Excel every month, but I’ve never questioned whether they are really cost-effective. With that in mind, I decided to add up the cost of three of these regular payments and work out whether I really got my money’s worth in 2017.

I am a member of a cheap U.K.-based chain gym, which is open 24 hours a day and requires a PIN code to enter. I’ve never taken much interest in tracking my workouts, but it turns out my gym is actually tracking them for me: when I log into the website, I can see a list of all my gym entries and the average time I spent at each visit.

Apparently, six of my gym visits in 2017 lasted 5 minutes or less. This confused me until I remembered the times I dropped off my gym bag and went to run errands before my workout, the time I went in just to use the bathroom, and the time I got as far as the changing rooms before realizing I had somehow only packed one of my running shoes. I have subtracted those 6 mini-visits and their accompanying times from the figures above.

I aim to visit the gym once a week, which, when combined with a weekly yoga class and walking everywhere, seems like enough exercise to balance out my sedentary desk job without taking up too much of my time. Although I attended the gym regularly throughout the year, I was disappointed to see that I only managed 40 gym visits in 2017, which means I skipped 12 of my intended workouts. I generally go to the gym on Sundays, which means that any time I have a busy weekend the gym is usually the first thing to give. I also got severe flu in mid-December which accounts for at least 3 absences. My gym allows you to freeze your membership for a month at a time for a reduced monthly fee of £5, but as this has to be done in advance, it isn’t very useful in times of unforeseen illness or sporadic laziness.

Despite my less-than-stellar gym attendance, I feel fine about my very reasonable 2017 cost of £5.70 per visit. If I had attended religiously every week, the cost per visit would have dropped to £4.36, which is worth noting, but not really enough of a difference to motivate me given that I would round both of these amounts to “about a fiver.” Maybe one of the downsides of a cheap gym membership is that I am less worried about getting my money’s worth.

My yoga studio doesn’t offer memberships as such. Instead, I pay £40 for a pack of five classes, or £8 per class. This is less expensive than the individual drop-in rate of £9 per class, but it does come with a time limit. The 5-class packs have to be used up within two months, so if I don’t attend all five classes before the expiry date, I am costing myself money.

I’ve always felt that the time limit encourages me to use up the classes I have paid for, so it was good to see that I only forfeited one class last year, which I chalk up to the same flu that kept me out of the gym in December. This means it was worth my while to book blocks of classes rather than paying as I go. If I had paid the drop-in rate for every class I attended, I would have paid £261 ($360) over the course of the year, so I saved £21 ($29) by booking in blocks.

It’s clear, though, that my aim of attending one yoga class per week did not happen last year, and I skipped yoga more often than I skipped the gym. The higher cost of the yoga classes is a factor here, as I’m paying per class rather than per month. If I’ve run out of pre-booked classes and it’s near the end of the month, I often put off buying a new class pack so that it comes out of the next month’s budget. Another factor is that my preferred yoga class is in the early evening and requires a very quick turnaround after work, so if my commute takes 15 minutes longer than planned, it’s too late to get to yoga. I’m also more likely to skip yoga than the gym because my husband and I go to the gym together and neither of us wants to be the bad guy.

My husband and I have a joint membership at our local independent cinema, which for £29 per year gives us discounted movie tickets, invitations to events, and occasional free screenings. I’ve calculated this one for both of us as the membership charge comes out of our joint bank account and we usually go to the cinema together. Non-members pay £7.50 for tickets in the stalls or £8 for the balcony, whereas members pay £5.50 for either (these prices increased by 50p each in March 2017, which has been factored in to my calculations). Special events, like double bills or lectures, are a little more expensive. We maximize our discount by always getting balcony seats, not just because of the price but also because we prefer them.

I’ve had this membership for at least three years and have never added up whether we are getting our money’s worth, probably because I love this cinema so much that I don’t begrudge the membership fees. As it turns out, six movies per year is the magic number at which the money saved on tickets breaks even with our annual membership payment. We saw nearly twice that many movies in 2017, so the membership is definitely paying for itself. (We actually went to the cinema 12 times, but I didn’t count one of the trips in my calculations because our friend bought the tickets and didn’t benefit from our discount.)

We still go to other cinemas, too; multiplexes now seem ludicrously expensive in comparison, but they usually get the new blockbusters sooner. We could have saved money by waiting for the new Marvel movies to hit our independent cinema, but we didn’t.

Having said that, we do visit the independent cinema more often because of our membership. If we’re on the fence about seeing a movie, the fact that it’s a mere £11 for both of us usually sways us towards a yes. To complicate things further, our cinema is walking distance from our favourite curry house, so going to see a film often means eating out too. The cinema membership has almost certainly increased our restaurant spending (typical cost: £30 for a meal for two). I have considered this carefully and decided I do not care, because curry and a movie is one of my favorite things to do in the world and I am happy to throw money at it — and support a local business in the process — as long as it fits comfortably in my budget.

My most surprising finding from this research is that I spent £467.88 ($648.43) on fitness this year (i.e. yoga and gym membership combined). My younger self, who despised PE lessons, is hissing at me, “Who are you?” Well, apparently I am a person who now spends more on exercise than on movie nights. This holds up even if I went out for curry before all eleven cinema visits. I’m pretty sure I didn’t, but if I had, it would have cost £456 over the year for food and movies combined — just under what I actually spent on fitness. I think this suggests I have a pretty balanced life.

Overall, I think my memberships were definitely worthwhile in 2017, but looking further into the costs has inspired me to make one important change. It turns out my gym offers a membership add-on which allows you to bring a workout buddy four times a month for a slightly increased monthly membership fee of £21.99. Since I only visit the gym once a week, my husband will upgrade his membership to add me as a buddy and I’ll cancel my own membership. This should save us £191.88 per year, compared to having separate memberships. That could buy me a lot of extra yoga in 2018 for the same annual fitness cost… or maybe a lot of extra curry.

Rachel Davies is a librarian in the north of England. She is no longer allowed to buy books.

1. We Did Good, Billfold
2. Question Wednesday
3. What I Learned From Five Years of Writing and Editing for The Billfold
4. How a Program Assistant Dealing With a New Paycheck System Does Money
5. Classic Billfold: What I Wanted From My Move to Portland and What I Got
membershipsvalues