You Can’t Take It—Any of It—With You 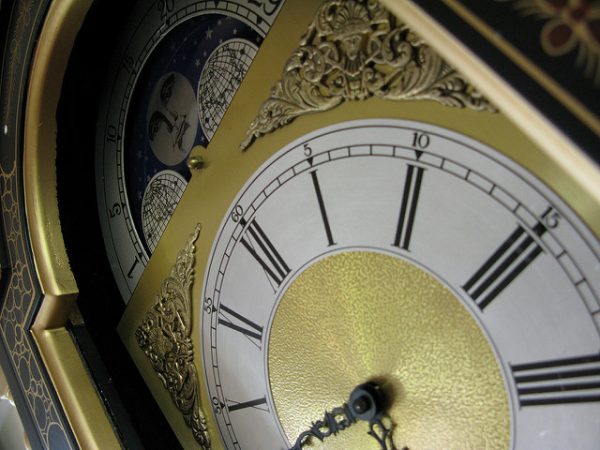 When my parents’ friend Matt asked me if I felt sad over my parents’ selling their house, I probably looked like I was about to move into crow pose, crouching on the floor of my parents’ garage like I was. But my goal wasn’t to make a fool of myself—it was to go through the boxes of books on the ground in front of me. I kept them stashed at my parents’ suburban Chicago house because I didn’t have room for them in the Fisher Price studio apartment I rent in the city. My mom told me she would donate the ones I didn’t need, and I promised to take home the whittled collection.

I told Matt it hadn’t really sunk in yet.

“Yep. I can’t believe my dad’s going along with it. He’s one of those old-dog types.”

Matt laughed. A minute or so later, he disappeared into the house, leaving me with the saddest task a book lover can face.

He came to my parents’ house to help my mom remove the shower in their master bathroom. That weekend’s remodeling project marked the last of a slew of jobs she’d taken on herself over the last year or so. This time, the cockatiel-blue shower in her and my dad’s master bathroom would meet an untimely end.

I went in to monitor their progress. The blue nightmare had disappeared, leaving behind brown splotches of glue. The new snowflake-white shell of a shower waited in the garage to be put into place.

I wondered, Should I feel sad? Drastic changes were happening right in front of me. The home I entered as a gangly seventh grader with Cara Delevingne–esque eyebrows (which, let the record note, were grossly uncool at the time) would soon become unrecognizable.

Now that it’s October and the massive interior facelift has healed, their house truly looks like the best version of itself. The unfinished basement with navy-blue carpeting that smelled like milk curdling in a retirement home? Gone. Recessed lighting and not-terrible laminate wood flooring enclose the space, making it sparkle. What about the enormous mirror that hung over the stairs leading to the second floor—the one with the two koalas chomping on bamboo painted in the middle? I can only hope that tacky monstrosity is bringing secondhand joy to a young hipster couple somewhere.

The house even has a prospective buyer. I’m thrilled for them—especially my mom. She bore the vast brunt of stress that comes with managing a complete interior upgrade. She’s also the one who had the foresight to start the process in the first place. My ever-vigilant parent knew the house would quickly become a financial burden. With my dad winding down his working life, she’s become the main breadwinner. She took stock and realized that five bedrooms and two-and-a-half baths were way more than two 60-somethings needed.

Not only were they drowning in unused space, but they were doing so in one of the most expensive counties in Illinois. If you don’t know anything about Illinois property taxes, just picture a big sinkhole with Pennywise waiting at the bottom. I say that because the fiscal situation in Illinois is dire AF, not because I’m against paying taxes for things we all need, like roads, schools, and hospitals. The state has the third-highest median property tax rate in the nation. While our elected officials continue to squabble over the long-overdue budget enacted in July, my parents have joined the many cash-strapped residents considering leaving the state because of its financial outlook.

The amount of work involved in the downsizing process was significant, but the takeaway is one that applies to so many areas of life, including a healthy financial life: if you chip away at the task little by little, eventually it will get done. Even when my mom got laid off in late August, she kept at the grindstone, somehow managing not only to find a new job within two weeks of her last day but also to continue shepherding along the process of listing the house.

The other side of my bloodline could take a page out of my mom’s book. When my grandma passed away in March, she left behind a beautiful but rundown old house in Oak Park, Illinois. Said single-family home was—and still is, as of this writing—stocked to the eaves with a lifetime of possessions. Upstairs the bedrooms look nearly the same as they did when I was a teenager—floral bedspreads fanned out over the mattresses, memorabilia and framed pictures squatting on nightstands and bookcases. Downstairs the dining room table sits buried under clothing, blankets, and packages of Depends. (My aunt moved most of my grandma’s necessities into the dining room where they’d be easily accessible because, due to having two jalopy-like knees, my grandma essentially lived on the couch in the family room.) I won’t even go into how my uncle, who lives five minutes away and provided most of her care, still houses a few of his feral cats in one of the upstairs bedrooms.

My dad, aunt, and uncle have dug in their heels when it comes to transforming the mountain of their mother’s stuff into a memory. It’s a daunting task, but it also has to get done. Soon the taxes on her house will increase, and the trio can’t afford to pay them at the new rate for long. What’s holding them back is a mixture of logistics (my aunt, the defacto leader of the group, lives in Florida), strained dynamics, and plain old sadness. My uncle in particular is ill-equipped to deal with a project of this magnitude.

It makes me wish the Swedish death cleaning trend that just now seems to be building buzz had swept in years ago. The idea isn’t anything new; it merely slaps a fresh label on something that many people, like my parents, do themselves—for themselves. It underscores a point, though, that we all would do well to think about: stuff can be a barrier to happiness. Sometimes it can hurt you, when it distracts from living within your means. But our things—our trinkets and knick-knacks and doodads—hold immense power over us because they awaken the ghosts in our memory. When my aunt gave me with one of my grandma’s jewelry boxes for my birthday this summer, I felt instantly connected to the miniature gold container. Now it sits on my TV console, where I see it every day.

In time, we will manage to remove all my grandma’s odds and ends from her home. Someone will wrap up the big porcelain piggy bank from my aunt’s old bedroom and put it in a box. A stranger will come and buy the seven-foot grandfather clock in the dining room, and I’ll never again look at the cartoonish eyes etched into the moon on its face. Meanwhile, my parents will have long moved out of their house. Their oversized plaid furniture will occupy another family room. They’ll have gotten rid of a few mattresses, sold a few old dressers, maybe even found someone willing to take away the out-of-tune piano on which my siblings and I used to begrudgingly practice. Both homes will see new owners, new bodies roaming through the rooms, new pieces of furniture snuggling up to the old walls. But the same events will play out, like they do in every home: moments of growing, learning, playing, struggling, clashing, failing, rejoicing, loving.

I know I’ll feel some sadness when both my grandma’s and my parents’ houses are sold off. The trick is to accept the feelings and let them wash over you until, little by little, they subside.

K. N. Wilson works as a video editor and lives in Chicago.

1. We Did Good, Billfold
2. Question Wednesday
3. What I Learned From Five Years of Writing and Editing for The Billfold
4. How a Program Assistant Dealing With a New Paycheck System Does Money
5. Classic Billfold: What I Wanted From My Move to Portland and What I Got
parentsparents monthreal-estate