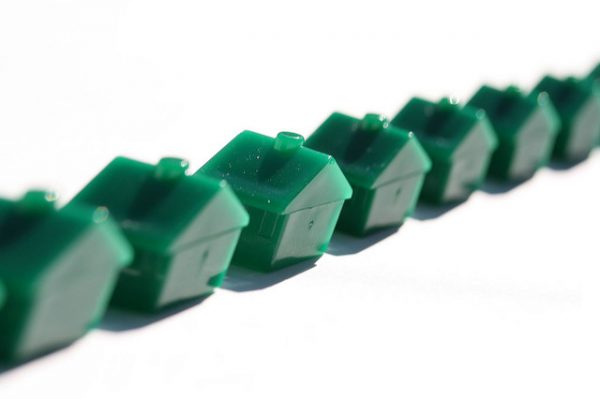 Today in “articles that make your head hurt,” we go to The Nation:

A Nation investigation can now reveal how JPMorgan met part of its $8.2 billion settlement burden: by using other people’s money.

Here’s how the alleged scam worked. JPMorgan moved to forgive the mortgages of tens of thousands of homeowners; the feds, in turn, credited these canceled loans against the penalties due under the 2012 and 2013 settlements. But here’s the rub: In many instances, JPMorgan was forgiving loans it no longer owned.

This $8.2 billion settlement refers to the National Mortgage Settlement, which was how the U.S. Department of Justice attempted to punish banks for their role in the 2008 financial crisis. As The Nation explains:

JPMorgan’s share of the settlement was $5.3 billion, but only $1.1 billion had to be paid in cash; the other $4.2 billion was to come in the form of financial relief for homeowners in danger of losing their homes to foreclosure.

So what does JPMorgan do? I don’t want to give away the whole article—though it’s both long and complicated enough that I would be unable to summarize all of its twists and turns—but essentially they forgave mortgages that they had already sold to other companies.

Which means that the homeowners involved didn’t necessarily get anything forgiven, but JPMorgan still got the credit. (Literally.)

1. We Did Good, Billfold
2. Question Wednesday
3. What I Learned From Five Years of Writing and Editing for The Billfold
4. How a Program Assistant Dealing With a New Paycheck System Does Money
5. Classic Billfold: What I Wanted From My Move to Portland and What I Got
2008 financial crisisbanksforeclosurehomeownershipmortgages