Why I’m Not Combining My Money With My Partner’s 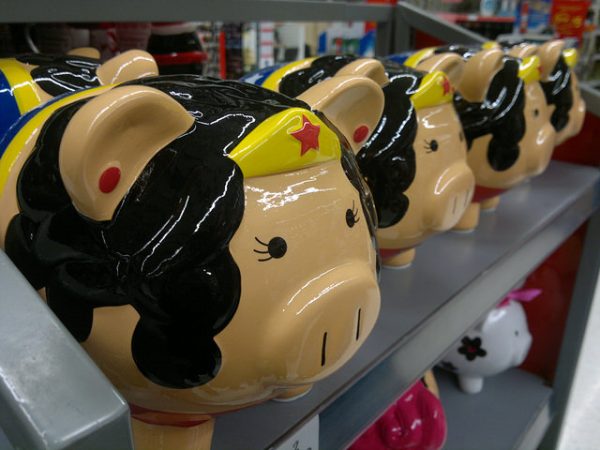 Here’s how the conventional relationship advice goes: After a few years of commitment, you transition from separate to joint finances. To do otherwise breeds resentment, and suggests that at least one person has an eye on the door. After all, you’ve combined your lives; it’s unnatural not to combine your finances as well.

That’s not how it is for me. After over a decade with my partner, we still have separate bank accounts and finances. Rent is split down the middle, and we’re responsible for different utilities and bills.

However, he earns substantially more than I do, and that cushion has saved my financially illiterate butt on several occasions. He’s ungrudging about extending no-interest loans when I have a large tax bill or a family emergency. He’s uncomplaining about picking up the tab on an extra-large groceries run. I can’t deny the privilege of having a solvent partner as backup, should I ever fall deep into a money hole; we’re also lucky in being a two-income household with few responsibilities.

For the most part, though, we try to keep things separate—and that’s at my insistence. There are plenty of reasons he’d be happier with joint spending: when traveling, for instance, and I want to stay in hostels and eat from local grocery stores while he prefers plush hotels and sit-down multi-course meals. I’m ok with nosebleed seats at plays and concerts, while he’s more of a fifth-row person. I don’t see any point to buying name brands, except maybe for ethical considerations, while he automatically avoids generic products.

So we talk about how we’re going to make these travel and household purchases until we come to an agreement and an understanding—because my partner also understands my desire to keep our money separate, and where it comes from.

When I was a kid, my mom and I moved in with her boyfriend. At the time she spun this as a logical way to save money and increase efficiency, since she was there all the time anyway. It took years for me to learn that the move had been precipitated not by a desire for closeness, but the foreclosure of our house—and with it some measure of independence.

She would talk about it later with some wistfulness: how she wanted to leave the relationship, but couldn’t afford to. It’s not clear whether she meant it, or whether it was one of those fantasies we repeat to ourselves because it’s comforting to speculate about what might be if not for this one thing holding us back. Often that one thing just seems to be, well, life—and/or a convenient external excuse for whatever’s making us unhappy.

My mom talked about money a fair amount. One of her favorite sayings about women and money, repeated so often I became deadened to it, was “His money is my money, and my money is my money!” This was invariably followed by a belly laugh that embarrassed me as much as the content of what she was saying. I vowed to never be so extractive or so dependent.

Our parents’ relationships with money and their partners clearly affect our own. One friend of mine is horrified that my partner and I don’t pool money, but his response is conditioned by his parents’ experiences. They fought frequently over money, which led to their divorce. Now he’s committed to full transparency and mutuality with his wife when it comes to money because he doesn’t want to become his parents.

Neither do I. I’m frightened by the prospect of getting used to a lifestyle I couldn’t afford on my own, and I don’t want it to be even a tiny portion of my reasons for staying in a relationship. My partner has more expensive tastes than me, and I’m not interested in re-engineering my thriftiness, which is at least a small part of my personality, to level up with him. If kids ever enter the picture, all of this might need to be reconsidered—but for now, what we’ve got works for us.

None of this is a judgment about other people’s financial/relationship situations. Of course I understand why combining money makes the most sense for many, if not most, couples. One solution is to keep both separate accounts and a joint account, with each partner contributing to the shared pot in proportion to their income. A Fun Budget is a terrific idea. Or a simple joint account, where all money is pooled together.

But I have to acknowledge the many ways my attitudes toward money have been colored by my parents’ experience. I’d love to hear how intergenerational experiences have affected your attitudes towards money and relationships, whether your parents have been role models or cautionary tales.

Christine Ro writes promiscuously at ChristineRo.com, but is faithful to The Billfold when it comes to writing about money.

1. We Did Good, Billfold
2. Question Wednesday
3. What I Learned From Five Years of Writing and Editing for The Billfold
4. How a Program Assistant Dealing With a New Paycheck System Does Money
5. Classic Billfold: What I Wanted From My Move to Portland and What I Got
momsmoney and relationshipsparentswhat we learn from the people who love us