The Billfold
The Unpredictable Future 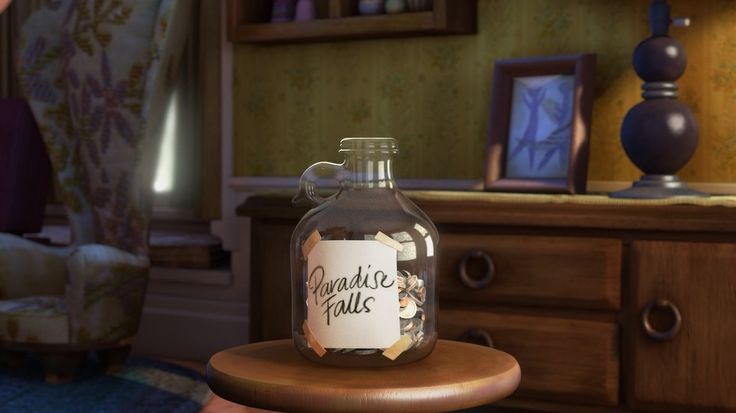 So I just listened to the latest Oh My Dollar! podcast, and I want to talk about vacations.

Lillian Karabaic, whom we’ve interviewed on The Billfold before, is about to take a month-long trip during which she’ll travel from Dublin to Shanghai by train.

This is the type of once-in-a-lifetime trip that requires both significant planning and saving, and the podcast discusses how you can fund similar splurges by putting a bit of money aside every month.

Which… I mean, that’s the sensible way to do it. Of course you should set aside a small amount of money every month so you can go on a major vacation in two years.

But for every successfully funded splurge there’s, like, the first ten minutes of Up. Right?

It’s not that I think you shouldn’t save up for dream vacations, it’s just that the idea of saving for two years makes me really anxious. I don’t know what the world’s going to look like in two years, much less whether I will be in the position to take a once-in-a-lifetime vacation.

What kind of work schedule will I have? Will I be in good health? Will my family members be in good health? Will there be any additions to my family that might change the way I spend my vacation time? Will my best friend decide to plan a destination wedding? Will I have met someone who will say they’re thrilled about the idea of me taking a once-in-a-lifetime trip by myself but be secretly disappointed that we’ve been dating for nearly two years and won’t be able to go on a big trip together for at least another yearbecause this dream trip takes all of my vacation days and money?

(Notice that I didn’t include anything like “will my electric water heater break down” because you’re supposed to be saving for that in a different pile. The emergency fund and the splurge fund. Also the down payment fund or the new car fund or anything else you’re saving up for.)

The other question I had about this episode came from this interchange between Karabaic and co-host Will Romey, who dreams of someday taking a cargo ship to Tokyo:

KARABAIC: If you started working on it for next year you’d need to save around $300 a month to get there.

ROMEY: Which comes to about ten bucks a day.

KARABAIC: Ten bucks a day. Do you think you could do that?

ROMEY: Ten bucks a day would be doable. Well…

KARABAIC: It’s a little bit of a stretch, for most folks.

ROMEY: Ten bucks a day is a good chunk out of a budget. But that is a small enough, specific enough number that I think in a setting where that was something that I really wanted to do, I could look at that old fashioned on a cocktail menu and go “No, I want to go to Japan. Slowly.”

The only way you can figure out whether putting $10 per day towards a vacation is “doable” is by already knowing where your money is going. Are you currently spending more than $300 every month on completely discretionary purchases, or are you not? There’s certainly some fungibility with overhead costs, e.g. buying less meat or switching internet providers, but in most cases you’re looking at pulling your splurge money from non-overhead costs—and it isn’t as simple as saying you’ll skip cocktails unless you buy a cocktail (or the equivalent) every single day of the month.

Karabaic and Romey do discuss why saying “I’ll save an extra $10 per day” is overly ambitious for a lot of people—I mean, if we could, we’d already be doing it—and agree that a two-year savings plan might be a smarter choice. That also builds in some wiggle room; some months you might not be able to set aside the full $150, but other months might include windfalls that could be put towards your splurge goal.

But I hear that kind of plan and I think “Two years is too far out. What if something comes up and you never get to go?”

This is where I should mention that I’ve put vacations on credit cards—once on a zero-interest card that I paid off before the intro rate ran out, and once on a non-zero-interest card that took me longer than a month to pay off—and while paying interest on a trip was not my smartest financial move, going on the JoCo Cruise changed my life.

Which is kind of what you expect to happen, in a life. To change. Which is why I’m leaning towards booking your dream trips while you can.

1. We Did Good, Billfold
2. Question Wednesday
3. What I Learned From Five Years of Writing and Editing for The Billfold
4. How a Program Assistant Dealing With a New Paycheck System Does Money
5. Classic Billfold: What I Wanted From My Move to Portland and What I Got
I still haven't seen Up except for the first ten minutes I should probably watch it right?savingvacations