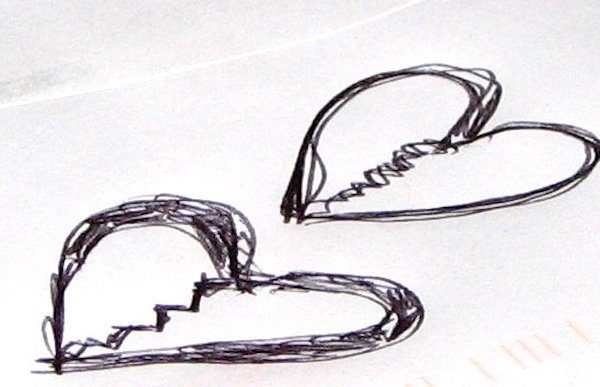 Going straight from college to graduate school without working in between is a topic I will happily dissect with anyone who allows me. Given my love for school and my ability to thrive in that setting, that’s the path I took. But moving from the Northeast to the Southwest was more of a shock to my system than I could have anticipated. I swapped snowy winters for summers where a plastic cup abandoned in my car melted into a Salvador Dali-esque masterpiece.

My new city also had a much bigger and more diverse dating pool than I was accustomed to. In today’s tale as old as time, I met my now ex-boyfriend on a dating website. He was the first financially-savvy person whose finances I was privy to. He had a demonstrated ability to save, and the kind of financial discipline I’d never been exposed to before. The way he managed his finances was like looking at a foreign language I’d never studied; identifiable at a basic level, but mostly incomprehensible.

We’d been together a little over a year when I graduated with my Master’s degree in 2012. Despite hoping that the job market would improve during my time in graduate school, it stayed stagnant. I vividly recall that during my pre-graduation job search, there were five (!) jobs listed on the job board for the national professional organization of my new career path. (For context, I checked the same job board last week, and there were 122 jobs listed. When you enter the workforce does matter.)

With the looming reality of upcoming student loan payments, I knew I had to move to wherever I could get a job offer. I didn’t feel like I had any other options; my boyfriend still lived at home, and I couldn’t live without an income. Even retail wasn’t hiring; I know, I tried. (And I had previous retail experience.) I sent off applications all over the country to anything even remotely related to what I studied. I felt like I won the lottery when I was offered a job, as one of the first in my grad school cohort to land a job in our field. Of course, the job was located across the country from my grad school and boyfriend.

I moved, sight unseen, for the job. The job provided fantastic experience and some of the kindest people for coworkers that I’d ever met. But after a year of dating long-distance, I wanted to get back to the Southwest.

With this all-important first job on my resume, I went hunting and got a job offer that would let me move back. My then-boyfriend and I were thrilled to be reunited, and to end long-distance dating. Unfortunately, I didn’t have the $3,986.83 it would cost to move back to the Southwest. (Entry-level jobs don’t always pay enough to let you save an extra $4K during your first year.) My then-boyfriend covered the costs for me, with the understanding that I would pay him back as I was able to.

People view long-distance dating as this horribly hard thing. Few people recognize that despite the drawbacks, it allows both people in the relationship the best of both worlds. Almost all your time is your own when you’re home (i.e. I was in better shape than I’d ever been before or since), and when you see each other, it’s always a wonderful, exciting, magical-but-brief reunion. Sometimes, long-distance dating extends a relationship well past its in-person shelf life. In this case, I ended the relationship within just three months of having moved back.

The breakup was pretty amicable. He did still want his loan repaid, and shortly after we met at a Starbucks to return each other’s stuff, I received an emailed, itemized spreadsheet of what I owed: $3,986.83. Since I had planned to pay him back eventually—and since I felt extra-guilty about ending the relationship—paying off this balance seemed like the least I could do.

I revealed this new debt stream (like an income stream, but with the opposite effect) to some friends who told me I could probably get away without paying him back. What would he do about it? they argued. God knows the money could have gone to other things: student loans, car payments, savings. But it wasn’t right.

To get the monkey off my back, I set up direct transfers to his bank account every paycheck. Slow and steady. We cut all ties to each other, never communicating other than this biweekly payment to his account, which I foolishly labeled with the nickname I had given him when we were dating. (Cue me cringing seeing this nickname every two weeks.)

To be honest, I had (correction: still have) other debt with sickeningly high interest rates. So, while I could have paid him back sooner, I had to make smaller payments so I could simultaneously service my other debts. In an effort to avoid inevitable confrontation about reneging on our agreement, I made sure I always had the funds available that would be transferred to him. Three years and four months later (!), I thought I was close to having paid him the amount I owed. I added up what I paid him back, and it was actually slightly over the amount I owed him!

I sent him an email formally declaring that I was finally done paying him back. I told him that I hoped he understood, with all my other debt, why the repayment took as long as it did. I wished him the best of luck on his new marriage. He responded back that he absolutely understood my slow repayment pace, and appreciated my well wishes. My mom made a point to tell me she was proud of me for doing the right thing.

Last month, I paid off my car—and, in the way that seeing something you know they’d love makes you want to reach out to an old friend, I almost called my ex to tell him about this accomplishment. Paying my ex-boyfriend back my moving expenses was a bittersweet relief. It closed this chapter of automatic transfers to an ex, a repayment period that (it makes me almost laugh to write this) lasted longer than the relationship itself.

Marissa Rae’s hero is Jessica Fletcher of Murder, She Wrote. She loves data, politics, and sitcoms more than anyone should.

1. We Did Good, Billfold
2. Question Wednesday
3. What I Learned From Five Years of Writing and Editing for The Billfold
4. How a Program Assistant Dealing With a New Paycheck System Does Money
5. Classic Billfold: What I Wanted From My Move to Portland and What I Got
datingdebtmoney and relationships