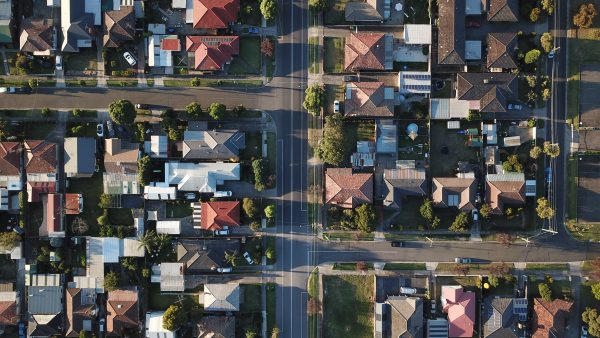 Photo by Tom Rumble on Unsplash.

Here’s how you get rich.

Buy a house when you’re twenty-three. First, you need to make sure the house is overpriced — otherwise this won’t work. Hot markets are great for this. 2003–2007 would have been ideal. Now is also good.

Equity doesn’t work for this plan, so you’re going to need to finance it 100 percent. Don’t worry about that part too much. Let the mortgage people figure out how to work the numbers — they’re the wizards. If they throw in a balloon loan or something else complicated and dangerous, that’s even better.

And for the love of everything holy, make sure the house is in a flood plain so you can pay for flood insurance.

About the house itself: it needs to be old. Small rooms and dark wood paneling is a plus, but not required. If you can get a house built before 1930, you may get a double win: lead paint and asbestos. Now you’re cooking with class 1 carcinogens. You may not know why asbestos is bad. It’s okay — you’re only twenty-three. You can look it up once you’re in the house.

If you’re really lucky, you’ll have two or three pipes that start leaking almost immediately. You’ll be in bed, staring at the plaster ceiling, wondering if a house can spontaneously collapse in on itself, and you’ll suddenly hear a gentle plink-plink-plink from the basement. It’s going to be hard to get a plumber over because of the hot economy, but if you affix a string to the site of each leak, you can guide the drips down to a big bucket. That should buy you a week or so. Once you finally get a plumber to your house and receive the bill, you’ll long for the bucket.

Something else will break, and you’ll realize you can’t pay to have it fixed, because you’re basically broke.

Listen, if you’re skeptical at this point, I get it. It doesn’t sound like this plan will make you rich. But stick with me.

Not every job will be a success. After failing to replace your gutters with some equally inexperienced friends, you’ll fall into such a deep depression that you can barely get out of bed for days. After you spend a weekend sanding the side of your garage, you’ll feel a bit fuzzy in the head for a few days, and it’ll be a while before you realize: oh right — lead paint.

At times you may question your decision to buy a house, but don’t worry about that. The economy has recessed, and you’re underwater on your mortgage, so you can’t sell. I know this sounds like bad news, but wouldn’t having a bunch of options just stress you out more?

Keep on like this. Go from having roommates to a live-in girlfriend to a wife. Have two kids. Stay in the house. Through hard work, and some luck, pay the mortgage down bit by bit. Eventually refinance into a new mortgage that doesn’t behave like a cluster bomb.

Then, thirteen years after buying the house, put it on the market. When your realtor identifies a bunch of problems — peeling paint, cracked plaster in the ceiling, unsafe railings — you’ll enter a fugue state of home repair that lasts for two weeks. Then you’ll act like you’re on the last level of a video game, using all of the skills and items you’ve acquired to beat the game of home ownership. You foresee every problem before it happens; you buy all the right materials in a single trip to Home Depot; you fix everything. You are a superhero.

You’ll assume the process of selling the house will be terrible, with months of showing the house, fending off lowball offers, and picking up every Cheerio from the floor each morning. So you’ll be pretty shocked when the realtor reports that people love the house and all you’ve done to it: the built-in bookshelves and the new patio you installed. You get four offers on the house the first day, and a minor bidding war erupts.

When the dust settles, pick a buyer. Your house has sold for a mighty $1,000 more than you bought it for thirteen years ago — before realtor fees. You bask in triumph.

The day you find out it’s really going to sell, walk around the house in a daze, looking at all you’ve done: the heating upgrade from steam radiators to baseboards that got rid of the asbestos ($9,000), the blown-in insulation that actually kept the heat inside the house ($2,000), the back deck and fence that made the yard functional ($8,500), the gutters you had replaced when your own attempt failed ($2,500), the electrical upgrade that got rid of those shotgun-shell fuses ($2,000). You realize that there’s a reason people avoid taking a full account of this stuff.

Let thirteen years of moments wash over you. Like early on when you peeled up the carpet and found the most amazing wood floors underneath, like a man opening a treasure chest in a movie and being bathed in golden light. Or the weeks after your wedding, when you and your wife worked on the house together long into the night, watching movies on a laptop and collapsing into dreamless sleep on an air mattress, a time you look back on with crushing nostalgia. Recall the way the fall light made your white house look pinkish the day you brought your newborn daughter home from the hospital, and how tiny she looked in her new bedroom, like a little loaf of bread.

Then, chart your next course: renting for a while in one of those hip lofts. Own the fact that you’re basically doing adulthood backwards. If you want, you can always buy another house and do it all again. You’ve learned so much in the last thirteen years that when you think about it all, it feels like you’re standing five inches from a skyscraper, craning your neck to see the top. You know that while you’ll make more mistakes in life, you’ll never again be that scared twenty-three year old, lying in bed waiting for the ceiling to collapse.

You won’t regret a thing. And no matter how the money shakes out, I promise you’ll feel rich.

1. We Did Good, Billfold
2. Question Wednesday
3. What I Learned From Five Years of Writing and Editing for The Billfold
4. How a Program Assistant Dealing With a New Paycheck System Does Money
5. Classic Billfold: What I Wanted From My Move to Portland and What I Got
homeownershipnot making money on thingsreal-estate