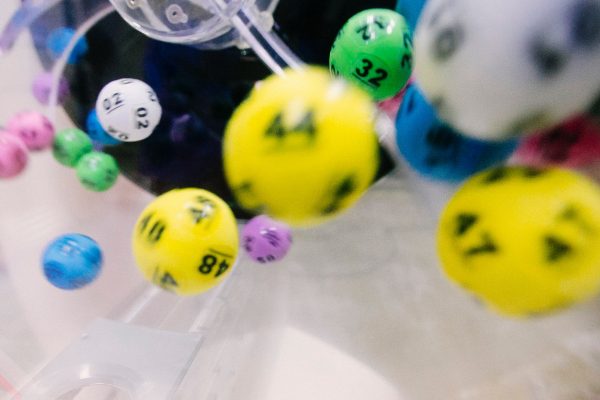 Photo by dylan nolte on Unsplash.

I wasn’t going to, like, care about the Mega Millions lottery (which takes place this evening, in case you were also actively not caring) until I read this Slate piece about why the math works in our favor this time:

The value of a ticket, as laid out by Jordan Ellenberg, can be found by multiplying the probability of getting a certain prize by the value of the prize itself, repeating for all potential prizes, and then adding your results. If we consider just the jackpot, we multiply the incredibly large prize ($1.6 billion) by the incredibly small odds of winning (1 in 302 million) and get an expected value of $5.29—definitely a lot more than the $2 cost of a ticket.

But you’re not just competing for a jackpot when you buy a ticket. There are other prizes for if you get some of the numbers but not all, ranging from $1 million to just $2. When you plug those numbers with their respective probabilities (you can see them here) into the equation, you get an even better value for your ticket: $5.53. That’s a great deal.

Even when you take taxes into account, your lottery ticket is still going to be worth more than the $2 you paid for it. Theoretically, anyway. The official Mega Millions website claims the odds of winning any prize, per ticket, are 1 in 24, which means you’re still probably going to be out $2, but… maybe you won’t be?

Of course, if you buy a last-minute Mega Millions ticket because you read Slate this morning, you’ll toss your $2 into the pile of lottery ticket money that — as the Washington Post notes — is higher than it’s ever been:

The Washington Post also notes that only 49 percent of us buy lottery tickets, but those of us who do play the lotto spend an average of $600 on tickets per year.

Business Insider, meanwhile, does a different set of math and shows us how much money you’d make if you spent the $605,150,700 required to purchase every existing Mega Millions ticket — as well as all of the reasons why wealthy individuals (or groups of individuals) don’t do this:

The first problem is the actual physical act of buying more than 300 million Mega Millions tickets and filling them out by hand. Since we need to very carefully and systematically make sure we get every possible ticket, using the computer-generated random quick draw will not work for us.

According to Statista, Wells Fargo has about 232,321 employees. At about 1,302 possible Mega Millions tickets for each employee, it would take each employee just over 10 hours a day for three days buying and filling out tickets at a pace of 43 tickets an hour.

However, BI reminds us that there was once a man who did buy every ticket in the lottery — and if you want to read that story, it’s at The Hustle.

1. We Did Good, Billfold
2. Question Wednesday
3. What I Learned From Five Years of Writing and Editing for The Billfold
4. How a Program Assistant Dealing With a New Paycheck System Does Money
5. Classic Billfold: What I Wanted From My Move to Portland and What I Got
anyone getting Veruca Salt images after reading that Business Insider piecegaaaah do I need to buy a mega millions ticket I don't want to win the big prize but it might be nice to win a smaller onelotterymega millionsnews roundup